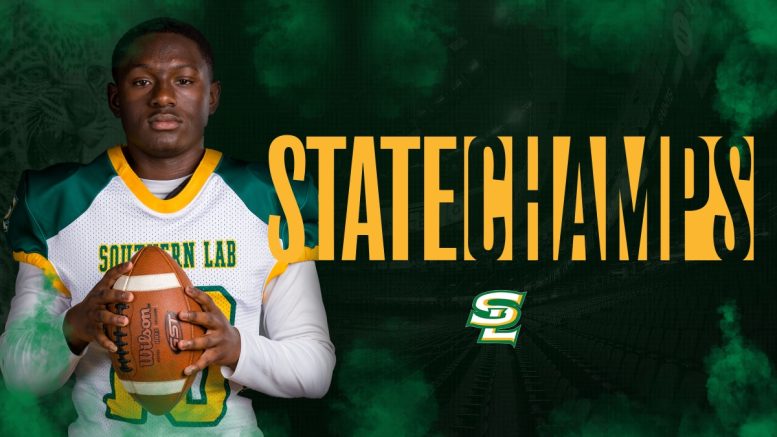 For the first time in a quarter century, Southern Lab is a Louisiana high school football champ. Friday, at the Caesars Superdome, home of the New Orleans Saints, the Kittens beat Ouachita Christian, 38-14 for the Division IV state title.

Senior quarterback Angelo Izzard was awesome with his arm and legs. He rushed 12 times for 63 yards with three touchdowns. Izzard completed 21-of-31 passes for 340 yards and two scores that earned him the Most Outstanding Player honors for Southern Lab.

Southern Lab starting to pull away. Kittens up 26-7 over Ouachita Christian with 3:51 in the 3rd pic.twitter.com/g9nvo14erz

Southern Lab won consecutive state titles in 2015 and 2016, but they were stripped of those championships by the Louisiana High School Athletic Association.

Showdown time in Louisiana Top 10 in Battle for Baton Rouge