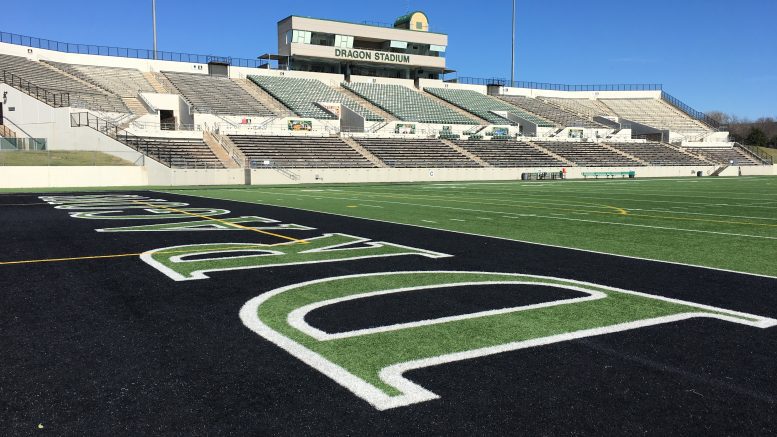 Dragon Stadium at Southlake Carroll High School opened in 2001 after being built for nearly $20 million. The original design seated 8,000 fans, but when the Dallas Burn professional soccer team in Major League Soccer (MLS), moved to Dragon Stadium for the 2003 season, 3,000 seats were added in the east end zone.  The seats remained after the Burn let, so Dragon Stadium now holds 11,000.  In 2009, the stadium was renovated at a cost of $5 million.

If you’re sitting on the press box side of the stadium, you can see Mustang-Panther Stadium off in the distance, which is the home stadium for Grapevine and Colleyville Heritage high schools.