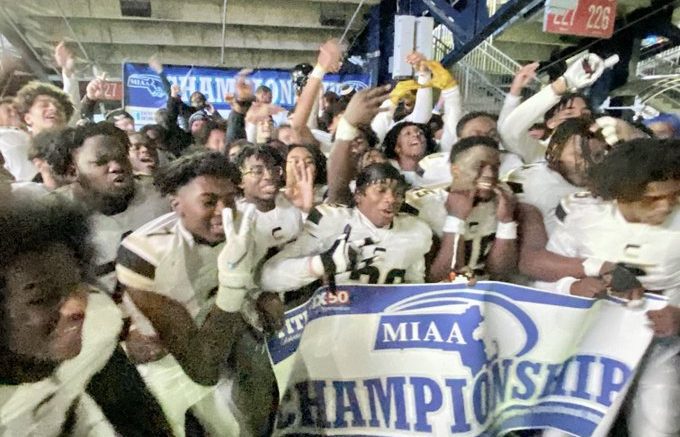 After two straight Division 2 titles, Springfield Central is now a Massachusetts Division 1 high school football champ. Thursday, the Golden Eagles beat Central Catholic, ranked No. 2 in our statewide rankings, 22-15 at Gillette Stadium, home of the New England Patriots, for the title in the state’s largest divisiion.

In the season-ending rematch, Springfield Central, ranked No. 3 in the High School Football America Massachusetts Top 10, scored two second quarter touchdowns to build a 22-8 halftime lead that they wouldn’t give up with a balanced offense that had 199 yards on the ground and 187 yards through the air.

On the ground, Tariq Thomas carried the ball 27 times for 167 yards with a touchdown.