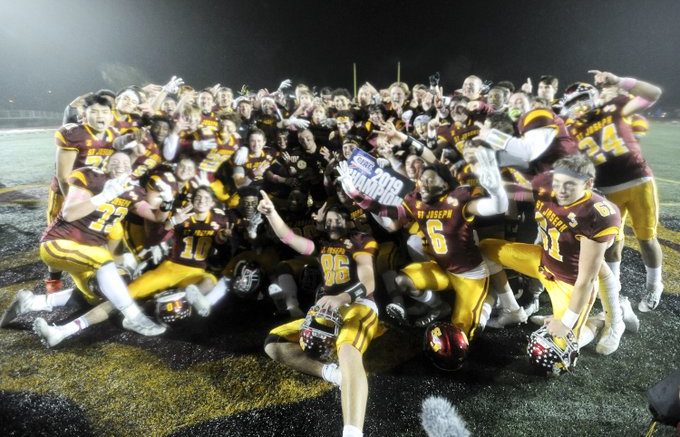 Jaden Shirden had a huge game with 179 yards rushing on 32 carries.

Here’s what St Joseph’s 17-13 victory over Hand in the Class L championship looked like. Their third-straight state title #cthsfb pic.twitter.com/33jjIoHyl7

In Class M, Weston won its first state title with a 27-6 win over Killingly.

Ya boy Tyler Bower, admittedly a little peeved he didn’t make All-State, so he went out and scored 3 TDs and ran Killingly over to deliver Weston it’s first state title #cthsfb pic.twitter.com/2e1lwYVDR0

Sheehan won its first state title in 34 years with a 64-33 win over Bloomfield for the Class S state championship. Coming into the game, Bloomfield’s defense had only allowed 29 points in its twelve games.