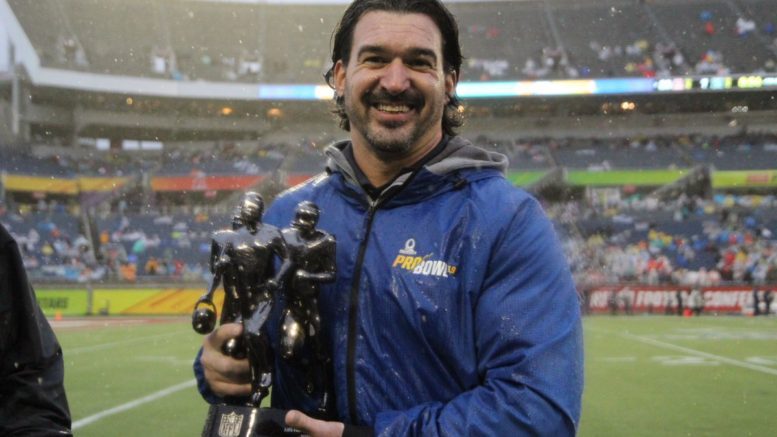 The Philadelphia Eagles nominated Infante, who left St. Joe’s at the end of the season to become a defensive assistant at Temple, was honored at the Pro Bowl in Orland, Florida.

Congratulations to Gabe Infante who was awarded the HS Coach of the Year by the NFL for his final season as head coach of @SJPrep_Football. @GinfanteMT @SJPrep_Sports pic.twitter.com/ufss6YErdO

This past season, Infante led St. Joe’s to its fourth state championship in the last six yearsin Pennsylvania’s largest classification. In nine years as the school’s head football coach, Infante led the program to a 91-22 career record.

In addition to finishing No. 4 in the High School Football America 100 national rankings, the Hawks finished No. 6 in the USA TODAY Super 25 and No. 11 in MaxPreps’ Xcellent 25.

Nominees for the Don Shula Award from all 32 clubs were invited and recognized in special ways during the NFL’s week-long celebration of football at the Pro Bowl in Orlando.

Throughout the week, coaches received VIP access and accommodations at various events such as Pro Bowl practices, the Play Football High School Skills Showdown and Play Football Celebrity Flag game; interacted and engaged with members of the football community; and attend the Pro Bowl. Each coach had the opportunity to invite a senior on their roster to participate in the Skills Showdown to represent their high school football community.

The award, named for the winningest coach in NFL history, was created to honor exemplary high school football coaches for their character and integrity, leadership and dedication to the community, commitment to player health and safety and on-field success.

Past Winners of the Don Shula Award