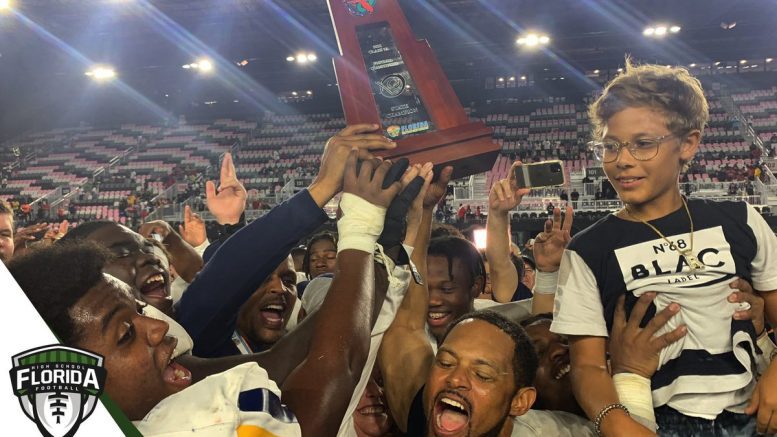 STA entered the contest ranked No. 11 in America, while TBT, playing in its first-ever state title game, was No. 70.

Anthony Hankerson, who has 26 college scholarship offers, ran the ball 11 times for 117 yards with 3 touchdowns.

Anthony Hankerson doing what he does best… breaking free on a 30 yard run for the score! #flhsfb pic.twitter.com/AcuFYE3pmh

Aquinas says ok we will go get it on 4th & 3 with a 21 yard TD from Zion Turner to Camden Brown. #flhsfb pic.twitter.com/CWt979kzCY

Miami Central Moves to the Top of the Florida Top 25