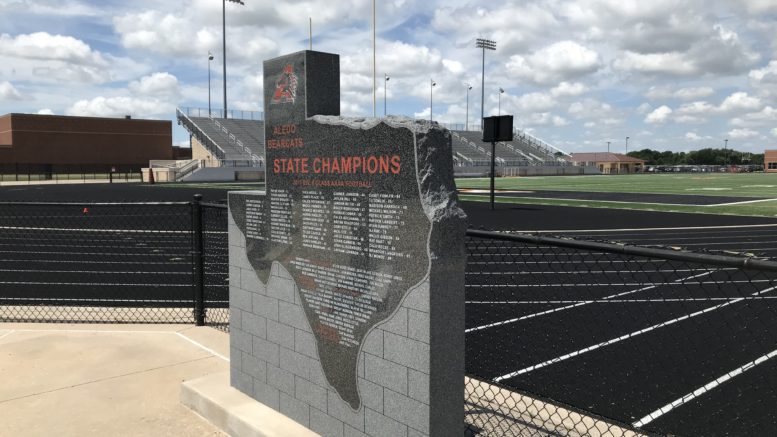 Built in 2006, Aledo’s Bearcat Stadium is a beauty. It seats 8,000 fans and is the home turf of one of the top teams in the state.

Aledo, who enters 2018 with seven overall state football championships, begins the season ranked No. 41 in the High School Football America Preseason 100. Last year, the Bearcats finished No. 80 after losing to College Station in the Class 5A Division II state title game.

Bearcat Stadium was the home field for one of Texas’ all-time great running backs: Johnathan Gray, who was our 2011 High School Football America National Player of the Year.

Gray, who is profiled in my upcoming Texas high school football book, graduated as the nation’s all-time leader in touchdowns (205) and tied for first for 100-yard rushing games in a season (16). He’s still at the top of those lists and fifth on the nation’s all-time rushing list with 10,889 yards.