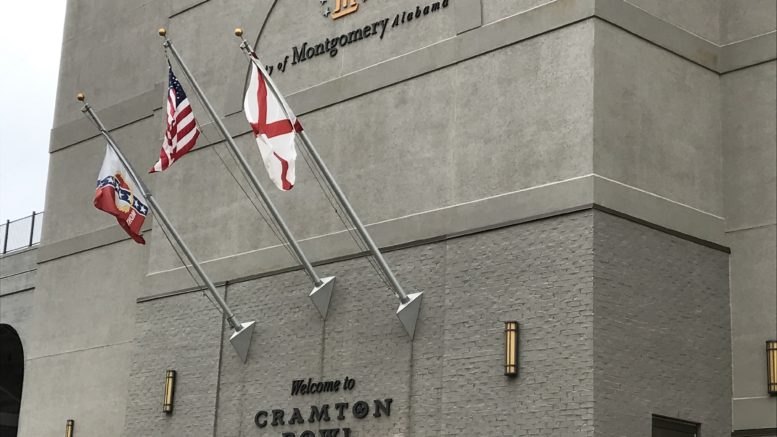 There’s nothing better than an old-time stadium to wake you up on a cold day during our week-long stay in Montgomery, Alabama. While snow flurries greeted me as I left the warmth of my Homewood Suites room, the thoughts of getting inside the Cramton Bowl that opened in 1922 and hosted the first-ever night game in the South. That game was in 1927 between Cloverdale and Park Road High Schools. It drew about 7,200 fans.

The Cramton Bowl is named for Fred J. Cramton, a local businessman who donated the land for the stadium. It first opened as a baseball stadium. It is known as the home of the Blue-Gray Classic Football Classic that featured college football all-stars from 1938 to 2001.

In addition to the local football games, the Cramton Bowl is also the host of the Camellia Bowl, a college football bowl game featuring teams from the Sun Belt Conference and Mid-American Conference.