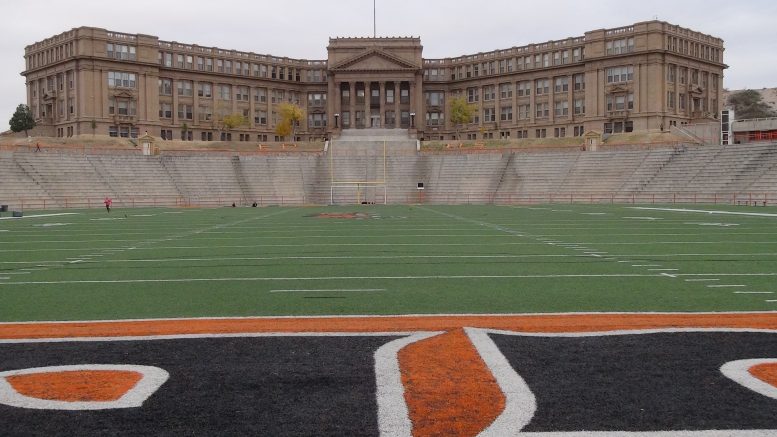 Jones Stadium on the campus of El Paso High School (Texas) is a throwback to a bygone era.

El Paso High School, named “The Lady on the Hill”, offers great views of El Paso and city of Ciudad Juarez, across the Mexico border. 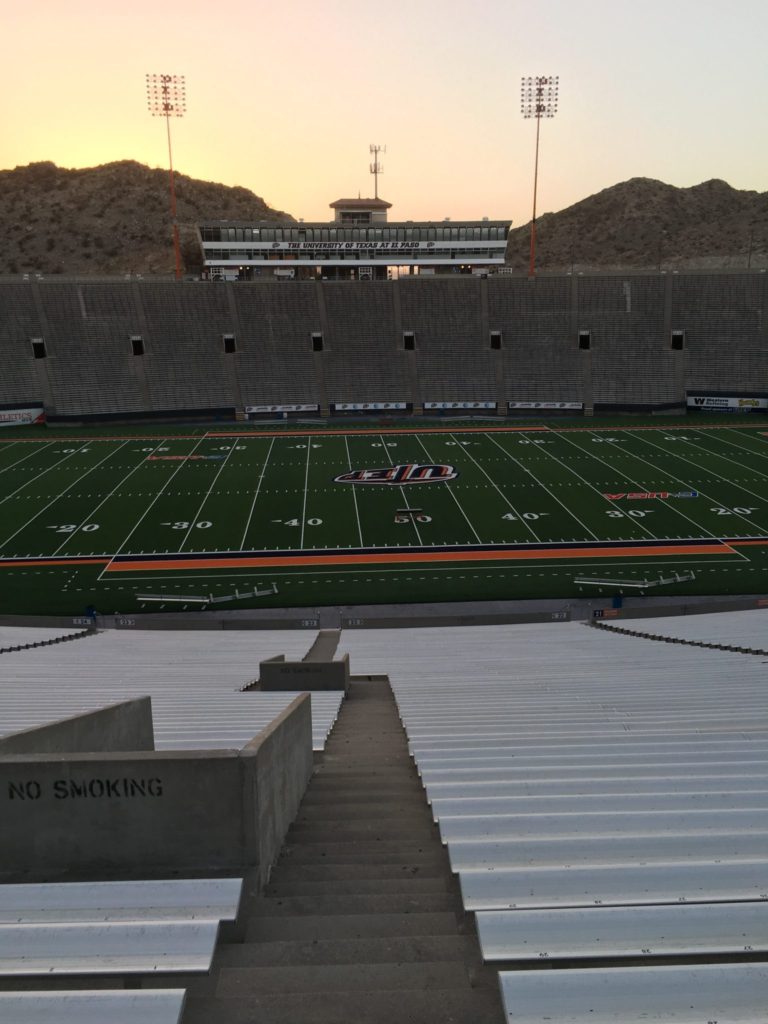 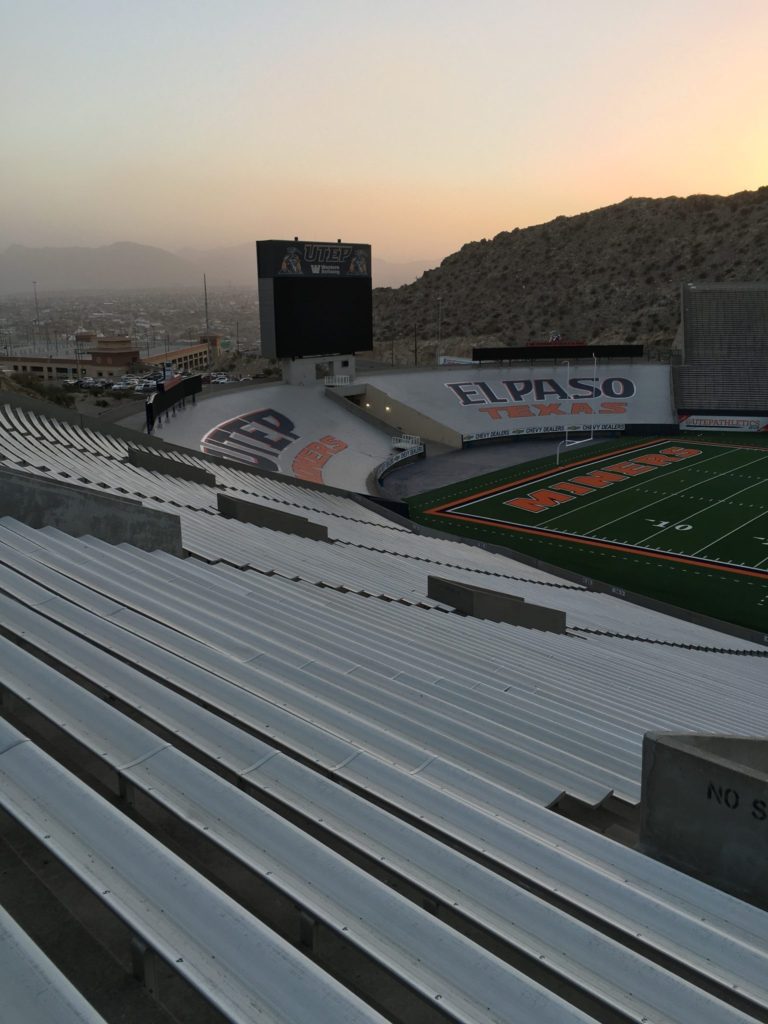 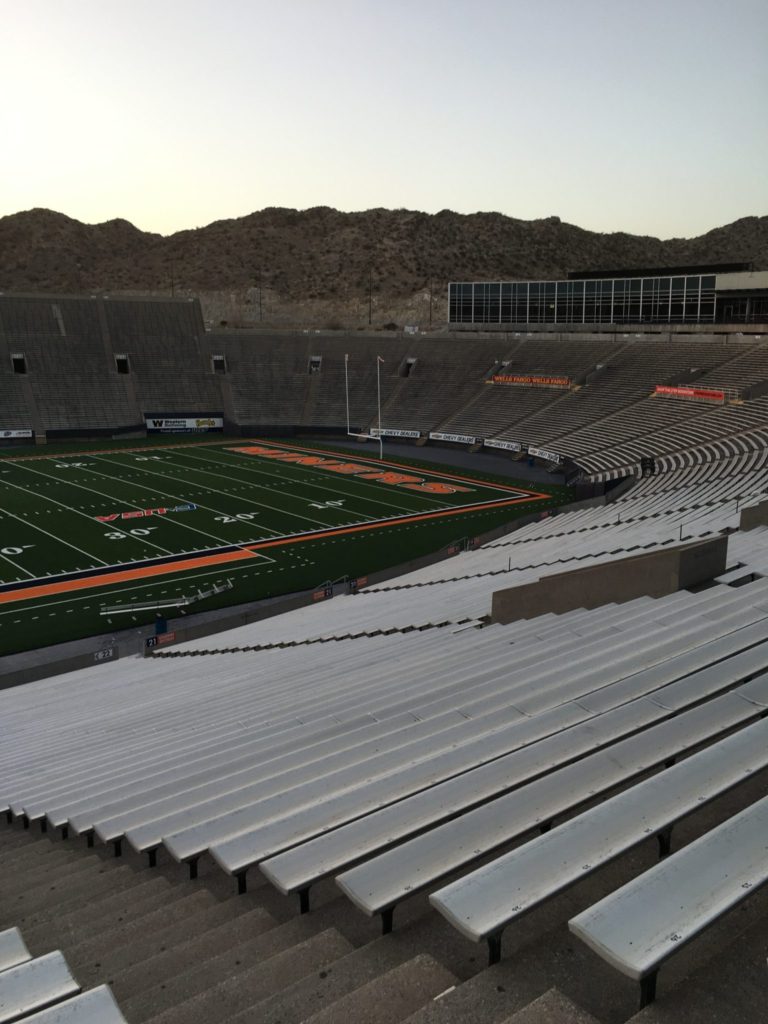