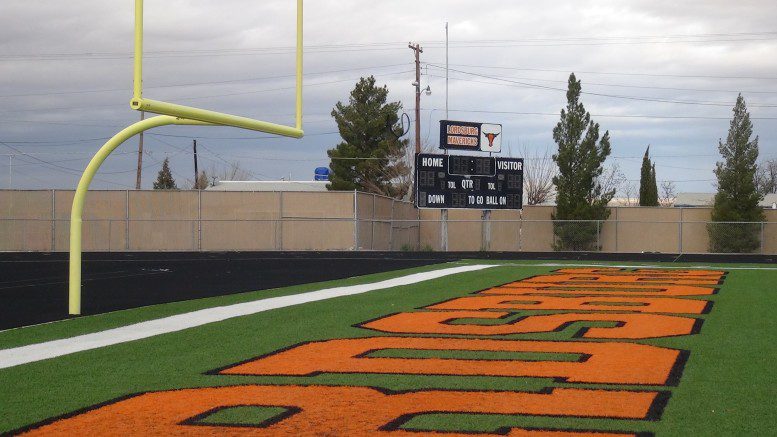 Day 2 of our 7,900 road trip for the holidays and you know I’ll be stopping at plenty of high school football stadiums for our Stadium Project.  We stopped for lunch in Lordsburg, New Mexico, home of the Mavericks of Lordsburg High School.  The town is located in the southwest part of the state along Interstate 10.

This past season, Lordsburg finished 9-4, advancing to the Class 3A state semifinals where it lost to eventual state champ Estancia.

The Mavericks have won one New Mexico state championship.  That was in 2006 when Lordsburg won the Class 2A title.