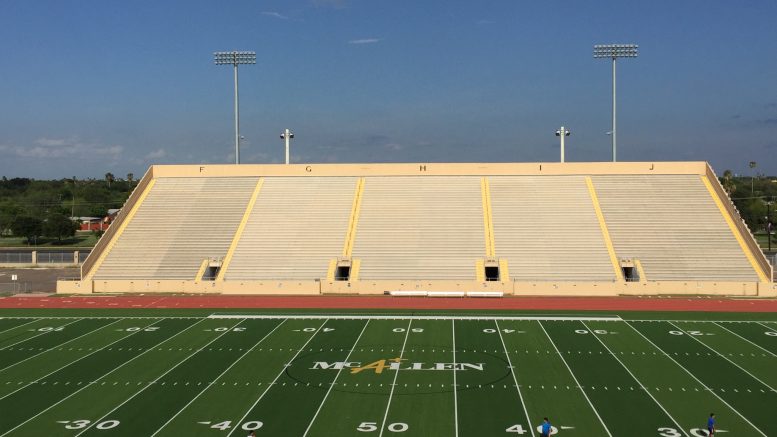 McAllen Veterans Memorial Stadium in McAllen, Texas opened in 1976.  It is home to the McAllen Bulldogs, Rowe Warriors and the McAllen Memorial Mustangs.  It has a seating capacity of 13,500.

From 1981 to 1985, the stadium served as the home of the NCAA Division II national championship game known as the Palm Bowl.

McAllen Veterans Memorial Stadium is the largest stadium in the Rio Grande Valley.