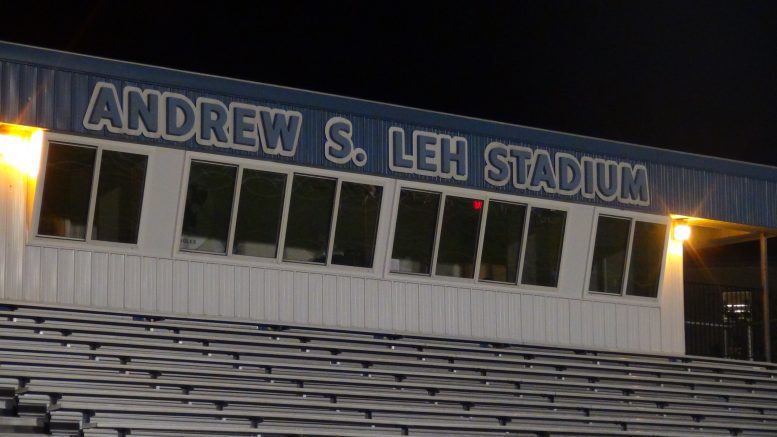 Andrew Leh Stadium at Nazareth High School is home to the Blue Eagles.  The stadium is named after Andrew Leh, who organized the high school’s first high school football team in 1926.  Coach Leh led the football program through the 1956 season with an overall record of 160-73-18.