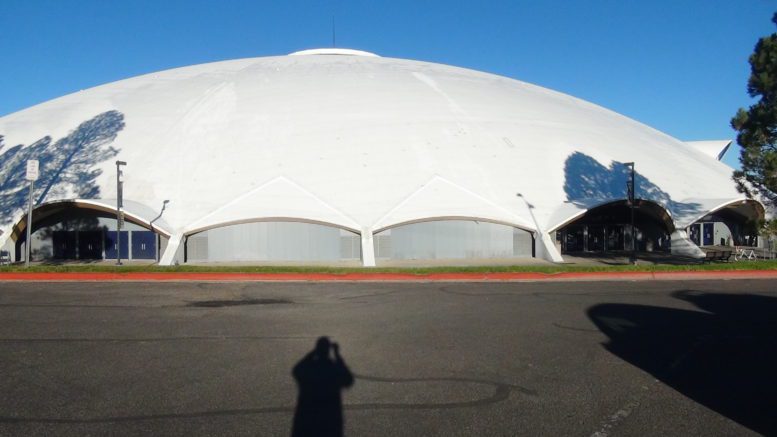 Walkup Skydome on the campus of Northern Arizona University is home to the Flagstaff High School football team.

The Walkup Skydome is home to North Arizona University’s football team, but also Flagstaff High School. It was built in 1977 and can seat up to nearly 12,000 fans.

According to Wikipedia, for its first six years, the Walkup Skydome was the world’s largest clear-span timber dome, until the completion of the Tacoma Dome in Tacoma, Washington, in 1983.

Best Photos of the Week from Scorestream

First and Fisher: First Stadium Project photo near Field of Dreams in Iowa