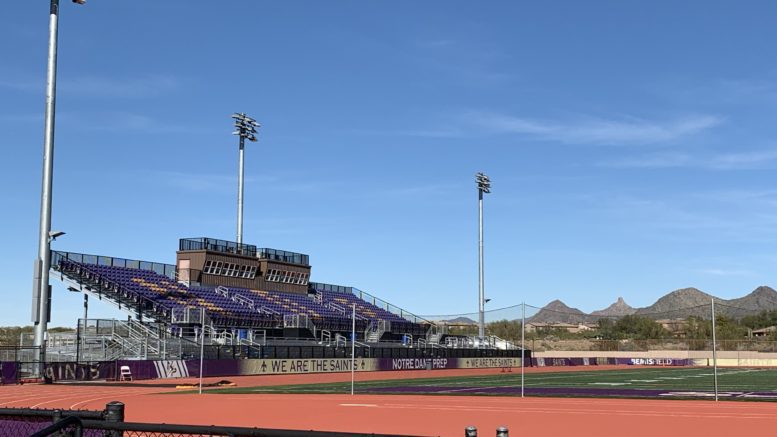 Notre Dame Prep’s Bemis Field in Scottsdale, Arizona is home to the Saints. The school opened in 2002 and played its first football game in 2004, but didn’t play a home game on campus until 2015.

The stadium is named after Scot Bemis, who led Notre Dame to back-to-back state titles in 2007 and 2008. Bemis died from lung cancer in January 2012. He was the school’s first and only head coach until his passing.

Bemis was 57-32 during his time as the school’s head coach.