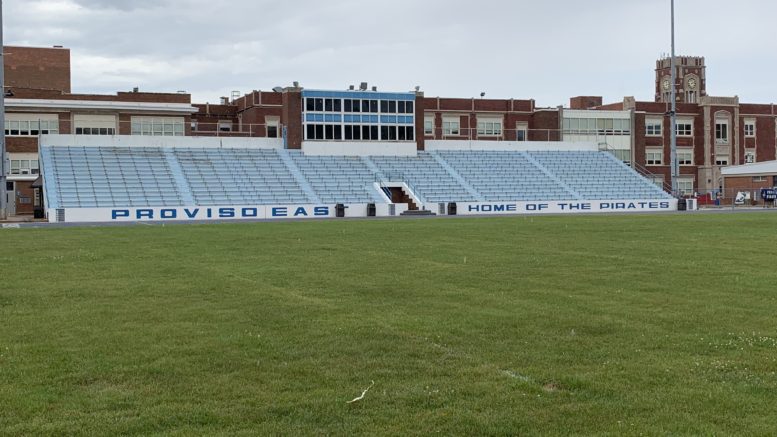 The highlight of the dedication was an exhibition game between the National Football League’s Chicago Cardinals and the local Maywood Athletic Club.

Proviso’s most well-known football player is Pro Football Hall of Fame linebacker Ray Nitschke, who began playing as a freshman, but poor grades derailed the second part of his freshman season and all of his sophomore year. He finally returned to the gridiron for his final two years, playing quarterback on offense and safety on defense.