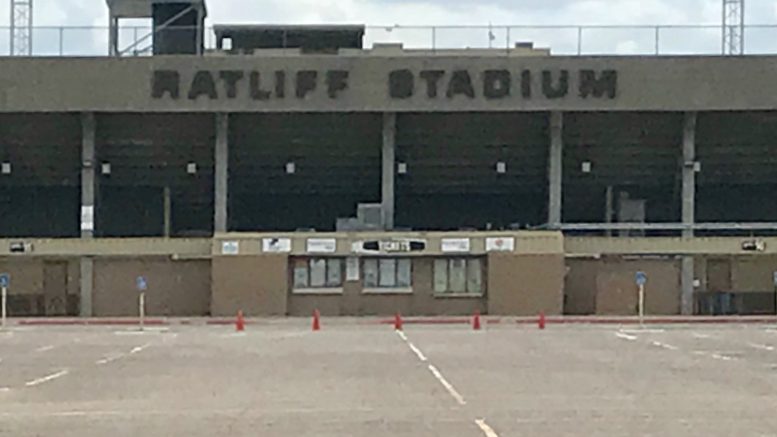 We made a stop in the home of Friday Night Lights when we pulled into the Permian Basin on Tuesday. While Ratliff Stadium, home to Odessa Permian and Odessa high schools was locked-up tightly, I was able to snap a couple of photos from the outside.

The stadium opened in 1982 and holds 19,302 fans. Ratliff was used for a large part of filming for the 2004 movie Friday Night Lights that was adapted from the 1990 book by Buzz Bissinger of the same name. The book was based on the 1988 Odessa Permian high school football season.

I will definitely be back for a game in the fall when I’m on my book tour.

You can pre-order, High School Football in Texas: Amazing Football Stories from the Greatest Players of Texas clicking hereby .