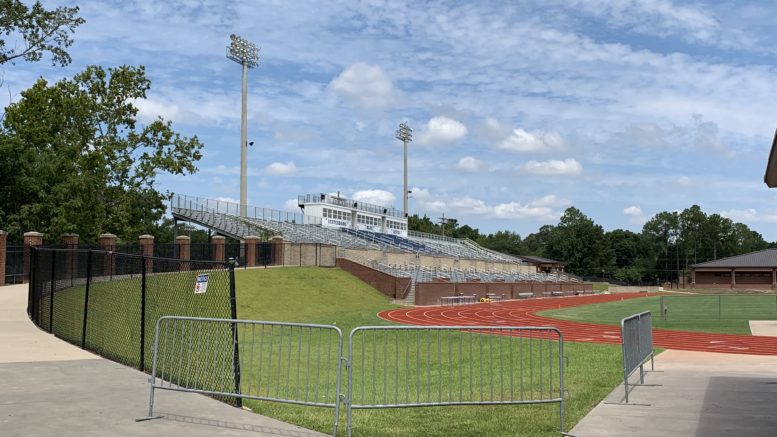 Statesboro High School’s Womack Field in Statesboro, Georgia is home to the Blue Devils. When nearby Georgia Southern University began its football program in the early 80’s, the Eagles used Womack for its home games until Paulson Stadium was opened in 1984.