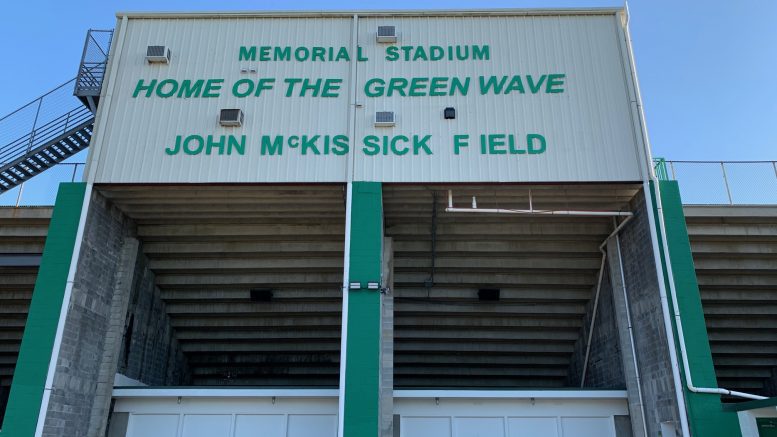 Summerville High School’s historic John McKissick Field at Memorial Stadium is getting a facelift. The stadium, which was built in the 50’s, carries the name of America’s all-time winningest high school football coach John McKissick, who passed away in 2019 at the age of 93.

In early March 2021, crews began working on replacing the natural grass turf with an artificial turf. The below pictures were taken a month into the re-do.

In 2011 on the High School Football America Radio Show, I spoke with Coach McKissick and John Curtis (Louisiana) head coach J.T. Curtis, who is No. 2 on the all-time coaching wins list. You can listen to that show below.