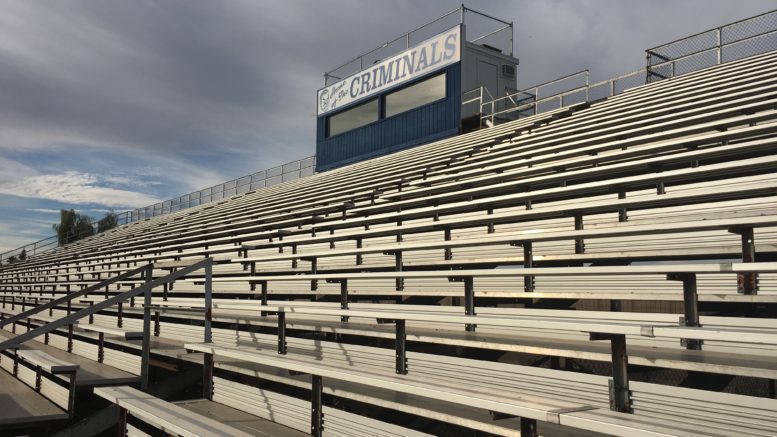 It’s a crime if you don’t think Yuma High School has one of the coolest sports mascots…the Criminals or Crims for short.

Why Criminals? The school was destroyed by fire in 1910, so officials used the then closed Yuma Territorial Prison. Believe it or not, classes were held in the cellblocks.

Let’s turn to Wikipedia for the rest of the story, as Paul Harvey would say.

“In 1914, school began in the newly constructed “Main” building. That same year, the Yuma football team traveled to Phoenix Union High School to play the Coyotes. Yuma High won the game (and the consensus state championship), and the angry Phoenix Union fans dubbed the Yuma High players the Criminals. At first, this was a fighting word to the school community, but by 1917, it had stuck, and the name was officially adopted by the school board. Yuma Union thus became the only high school in the US to use the mascot; it is also the only high school in the United States whose mascot is copyrighted.”