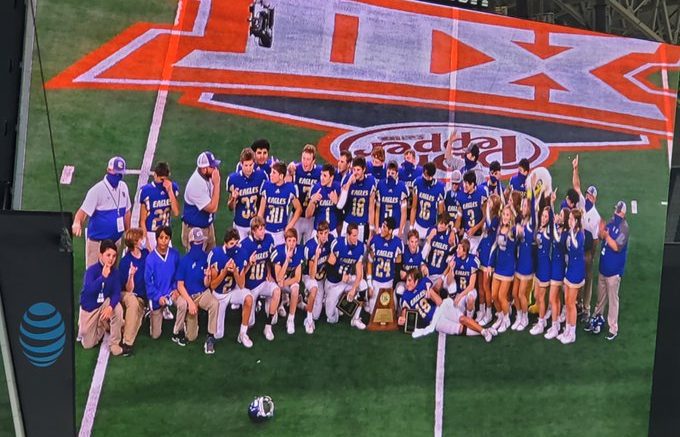 Sterling City capped a perfect season with a 68-22 win over May in the Texas Six-Man Class 1A Division I championship game at AT&T Stadium, home of the Dallas Cowboys. It was the first-ever state championship for the Eagles.

Cross Knittel was named the game’s MVP after rushing for 249 yards with four touchdowns. He also threw a touchdown pass.

Your offensive MVP (though you probably already guessed) of the game: