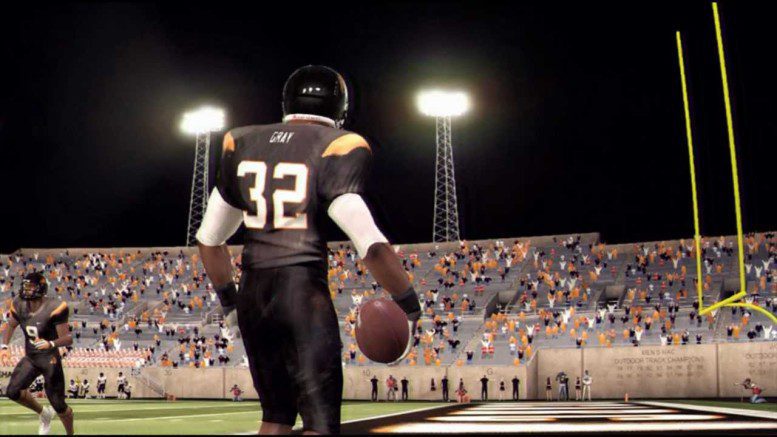 As the High School Football America Radio Show enters its fifth year on the air, we’ve been looking back at some of our best shows.  For the 2015 season, we’re introducing Sunday Soundbites, which will be a way of celebrating some of the great high school football personalities that have been featured on past shows.

Today, we go back to October 20, 2011 when we spoke with Johnathan Gray during his senior season at Aledo High School in Texas.  Gray, who is entering his senior season with the Texas Longhorns, is a preseason candidate for the Doak Walker Award, which honors the nation’s best running back.

When Gray appeared on the show, he was trying to become America’s all-time leading rusher.  He was chasing-down Ken Hall‘s 1950’s record of 11,232 career rushing yards.  Gray came-up a little short, finishing his career with 10,889 yards.

Derrick Henry of Yulee High School in Florida eventually broke the record in 2012 before moving-on to Alabama.  Henry is also on the Doak Walker Award watch list.

Gray is currently fifth on the all-time rushing list.  He did break the record for career touchdowns, finishing his career with 205 TDs.

Click here to listen to other High School Football America Radio Shows from our archives.