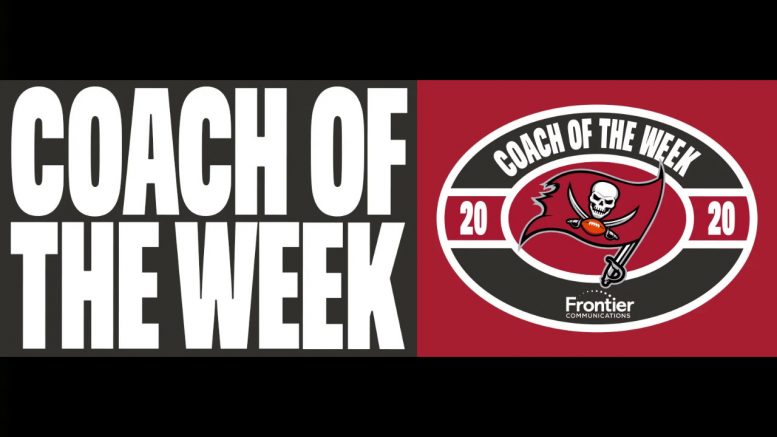 The Tampa Bay Buccaneers get fans involved in the Buccaneers High School Coach of the Week award by allowing them to vote for the most deserving coach from each week’s list of nominees. Voting ends at 11:59 P.M Eastern Time on Thursday (9/17/20) with the winner being announced on Friday.

Here are this week’s four nominees:

You can vote for the most deserving nominee by going to the following link: https://www.buccaneers.com/community/high-school-coach-of-the-week

The Bucs will honor nine coaches during the 2020 season. Each winner will receive a grant for $2,500 from the Tampa Bay Buccaneers Foundation to help maintain and upgrade their football program.