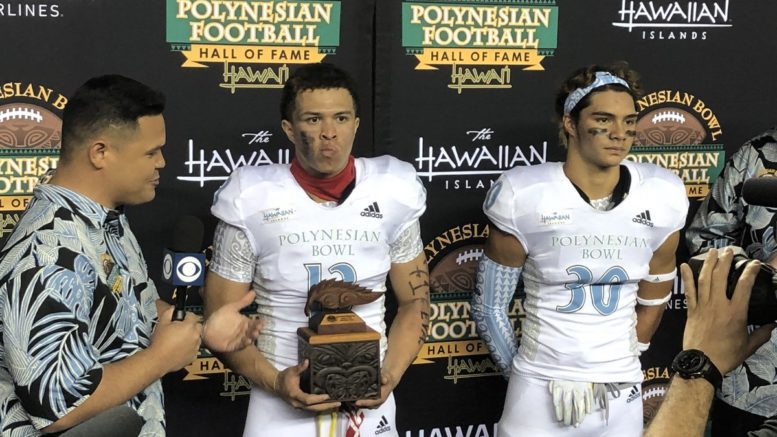 Maiava, who will play his college football at BYU, was 8-of-10 for 73 yards and a touchdown, plus he rushed for 29 yards and the game winning touchdown. For his performances, Maiava was named the game’s offensive MVP.

@polynesiabowl is about culture and family. Congratulations Coach Spurrier and Team Mauka https://t.co/f5qhvwh709

Defensive back Meki Pei of Iolani (Hawaii) was named the game’s defensive MVP.

Clackamas opens the season No. 1 in Oregon Top 10