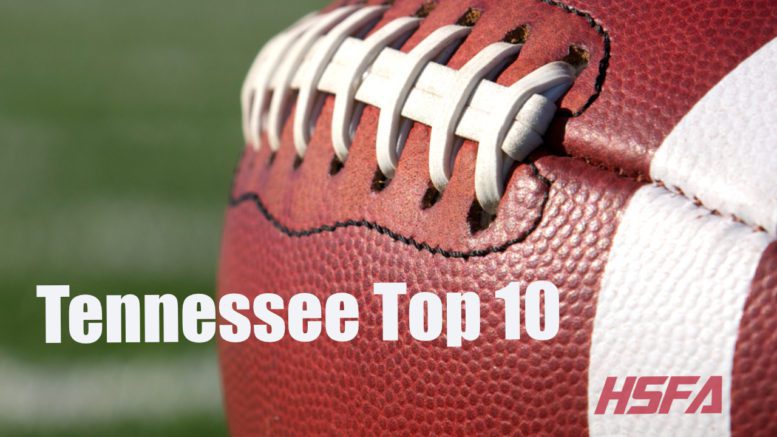 After a couple of weeks of no changes in the High School Football America Tennessee Top 10, there are lots of changes from No. 4 on down to No. 9.

Brentwood Academy jumps from No. 7 to No. 4 after avenging its regular season loss to Montgomery Bell Academy. MBA drops from No. 6 to No. 9. The three-time defending champion Eagles will play undefeated No. 5 Memphis University School for the Division II-AAA state title. Memphis advanced to the title game by knocking-off former No. 5 McCallie.

In Class 6A, Whitehaven, which dropped-out of the Top 10 after losing to Germantown during the regular season finale, comes back into the rankings created with our proprietary algorithm after defeating Germantown in the state quarterfinals on Friday. Tigers are ranked No. 7 heading into their fifth straight state semifinal appearance where they’ll meet Ravenwood.

And, speaking of the week ahead, let’s not forget the other Class 6A semifinal rematch between No. 2 Maryville and No. 3 Oakland. Back on August 24, Maryville, the defending state champs, nipped the Patriots 24-21.