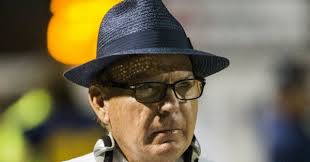 All 32 NFL teams nominated a coach to be in contention for the award. Allen was nominated by the Dallas Cowboys.

“Randy is someone that I respect and admire greatly. He is a man who understands the fundamental responsibility of being a high school football coach—and that is to build character and shape young lives,” said Dallas Cowboys owner Jerry Jones. “He teaches integrity and life lessons as well as he does the X’s and O’s, and he is very successful builder of character.”

Jones’ grandson, John Stephen, helped lead Highland Park to the Texas 5A Division 1 title with a 16-7 victory against Temple in a game at the Cowboys’ home, AT&T Stadium. Allen, who has been at Highland Park for 18 years, also won a state title in 2005 when the team’s quarterback was Matthew Stafford, currently of the Detroit Lions.

As the national winner, Allen will receive $25,000 from the NFL Foundation, with $15,000 going to the high school’s football program. He also will be a guest of the NFL during Super Bowl LI in Houston and walk the red carpet at NFL Honors, the nationally televised event the night before the Super Bowl.

According to a press release, the Shula award was “created to honor exemplary high school football coaches who demonstrate a commitment to player health and safety, and the integrity, achievement and leadership exemplified by the winningest coach in NFL history, Don Shula.”

The runner-up was Green Bay Packers nominee Steve Jones from Kimberly (Wis.). The Papermakers ended the season with the longest active 11-man football winning streak in the nation. Jones receives $15,000 from the NFL Foundation, with $10,000 going to his school’s football program.