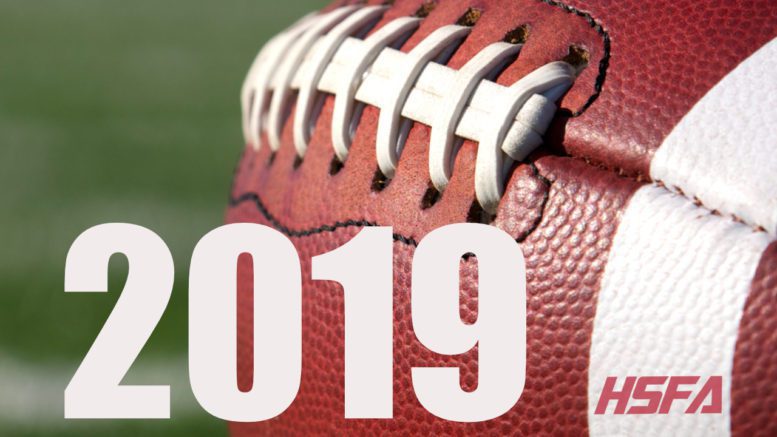 It’s official, the 2019 high school football season is underway after Friday night’s games in Hawaii. Four games were played with seven more to be played on Saturday.

All of our top-ranked teams, except for Punahou are idle this week. The Buff n’ Blue open again Kailua Saturday night.

One of the most impressive performances Friday night was turned-in by Leilehua quarterback Kalei Akagi, who in his first varsity start threw for 209 yards (14-of-31) with a touchdown. Akagi also ran for a touchdown in a 35-0 shutout of Farrington.

Kicking off the season at Farrington pic.twitter.com/XeE9hya9gc

Waianae QB Sheldon McLeod also had a big night against Waipahu. He threw for 230 yards and three touchdown passes in a 35-20 win.

Great to be back in the saddle for a small slate of high school football games on @CBSSportsHawaii and the Sideline Hawaii app! My year starts at the same place it did last year with the same matchup as Aiea visits Kaiser. pic.twitter.com/CPVj0qqfJy

Kaiser’s defense was outstanding in the Cougars 21-7 win over Aiea. Kaiser had ten sacks and two touchdowns in the victory.