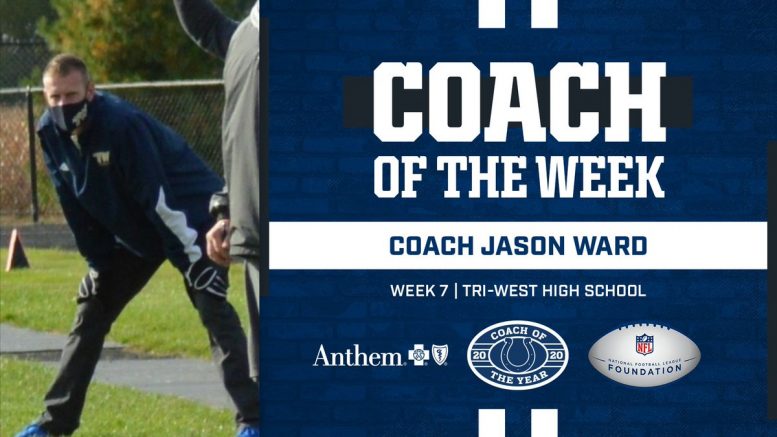 Congratulations to Jason Ward, head football coach at Tri-West High School, (Lizton, Indiana) on being named the Colts/NFL Coach of the Week presented by Anthem Blue Cross and Blue Shield. Ward, who is a Tri-West alum, was hired as the program’s new head coach earlier this year.

Congratulations to Coach Jason Ward of @triwestsports on being named the #Colts Week 7 Coach of the Week!

Pretty dang happy for this guy! He works his butt of every day to provide an environment of inclusion and respect. His passion is evident to anyone around the program and community. Congrats Jason!!!! https://t.co/L2NO7pOhqJ

The following coaches were recognized as honorable mentions for Week 7:

First and Fisher: Thanks for record-setting weeks