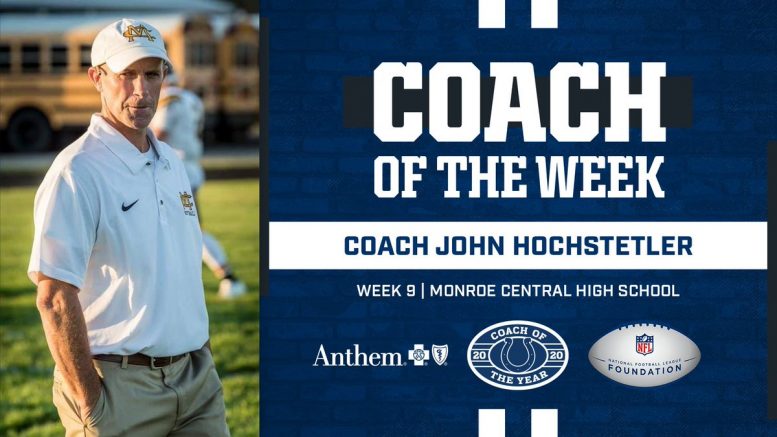 After leading Monroe Central High School to the Mid-Eastern Conference, Golden Bears’ head coach John Hochstetler was named the Indianapolis Colts/NFL Coach of the Week. Hochsteler led Monroe Central to a 6-1 regular season and will start the Class 2A playoffs against Taylor.

Congratulations to Coach John Hochstetler of Monroe Central on being named the #Colts Week 9 Coach of the Week!

The following coaches were recognized as honorable mentions for Week 9:

How the Indiana Top 10 fared in Week 2