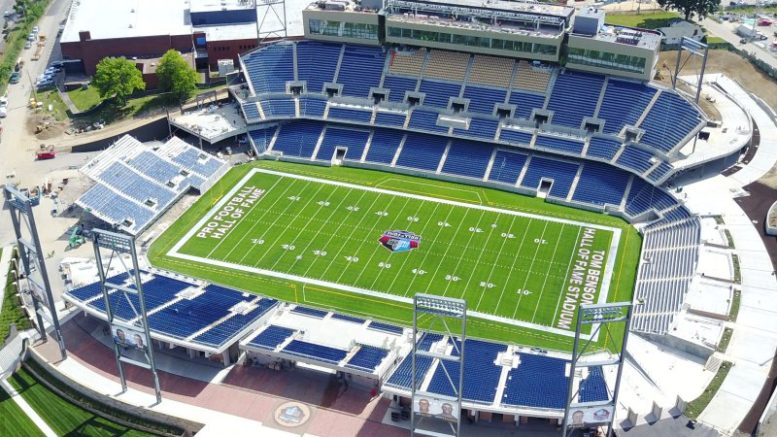 We have partnered with @OHSAASports on a three-year agreement to host the state football championships in Canton. The games, across Ohio’s seven divisions, will be played at Tom Benson Hall of Fame Stadium beginning in 2021.

“We want a wow factor for our kids,” said OHSAA Executive Director Doug Ute. “They get off a bus and say, ‘Wow, this is something special.’ This place certainly gives us that.”

Ute added, “We are grateful to the Hall of Fame for their partnership, and we look forward to collaborating with the Hall year-round.”

All seven OHSAA championship games were played in Canton from 2017-2019. Last year’s title games were moved away from Tom Benson Hall of Fame Stadium due to the coronavirus pandemic.

From 1998 through 2013, Canton and Massillon served as co-hosts for the state championships.

While an official schedule hasn’t been announced, this year’s championship games will be played December 2-5.