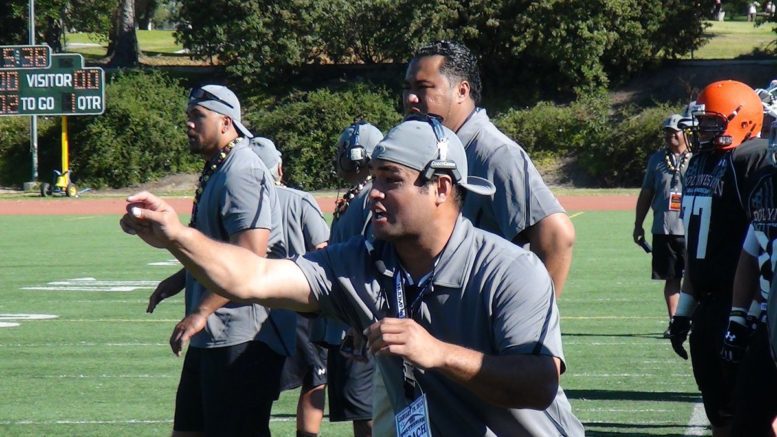 What started as a simple story about Pen Argyl High School (Pennsylvania) hiring 23-year old Brady Mutton as its new head coach, is now a full-fledged search. When I saw Coach Mutton’s age, it put me on a mission — who is the youngest head varsity football coach ever in America?

To this point, we’ve had a lot of people helping with this nationwide search. For readers of the first version of this story, you discovered that Brady Mutton is not.

That honor, as of Wednesday, went to current Roseville (California) head coach Joe Cattolico, who was 22-years old when he was hired before the 1997 season by Overfelt High School in San Jose, California. In just his second season at the helm of Overfelt, Cattolico led the program to a California Central Coast Section II championship.

Now, four days later, there’s another coach in the running for the youngest ever in America.

I’ve been in-touch with current Brownsburg (Indiana) head coach John Hart, who became the head coach at Edwards County High School in Albion, Illinois in 1985 at the age of 22-years old. Coach Hart estimates that he was 22-years, 5 months old when he was hired by Edwards County.

So, here’s the deal…we’re waiting to hear from Coach Cattolico to find-out how old he was when he was hired at Overfelt. However, please feel free to email me, if you know of any other coach 22-years old or young, please email us.

Editor’s Note: During our research we found other young varsity head football coaches that we’d like to salute. They are listed below.

Hired as the Head Coach at West Valley HS in Fairbanks, Alaska in November of 2009. I was 23 years old.

Here’s a young man who was hired in December in Texas https://t.co/UJHuEYkNMQ