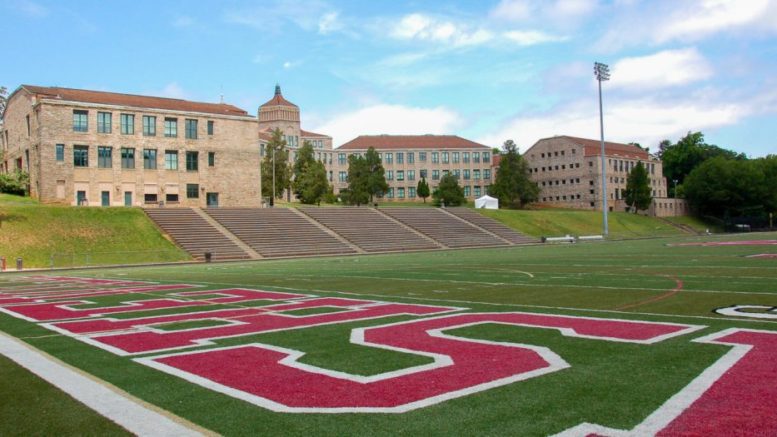 Below is a great story written by my good friend Chris Hughes, the founder of CarolinaPreps.com.

With the regular season now complete, and with teams being eliminated from championship contention with each passing round of the playoffs, we’ve reached that time of year where we’re starting to see movement in the annual Coaches Carousel.

For those of you who may be new to the high school football landscape, or who  may not be familiar with what the Coaching Carousel actually is, it’s the time of year where head football coaches either decide to move on from their current school, or who are asked to move on by their administration.

Check-out our Coaches Job Board

While unlike the yearly carousel in the collegiate or professional coaching ranks, where the coaches are paid enormous sums of money to coach the game of football, and where the buyouts for a dismissed coach typically exceeds the seven or eight-figure mark, the high school football coaching landscape is very different, and with a differing set of rules or factors with each situation, or school district.

With an exception of states like Texas, and some other Deep South states that put a huge premium on head coaching hires, most coaches don’t enter the world of high school football with a goal of earning a very lucrative salary.  Many do it for the love of the game, and for the passion of teaching the game and inspiring the next generation youth.

Speaking of the money, many of the coaches, if they were to tabulate the hours worked versus the compensation paid, either in stipends or supplements, only earn pennies an hour, and some even lose money in coaching.  The grind that the job requires is tiresome, and if done right, is nearly a year-long process that takes a coach away from his family and loved ones.

The average fan doesn’t see the long hours spent in film sessions, driving hours to clinics to learn new techniques, doing laundry, field maintenance, or taking the time out of their day to talk to a player who needs some fatherly advice, because in many circumstances, the coach is the only father-figure a player may have in his life.

A lot of fans also don’t see the sacrifices that the coach makes in regards to his own family, or see the behind-the-scenes work a coaching wife puts in to help the team, or act as a mother or counselor to a player, or even a council young assistant coaches, or their spouses.

So much of what a coach does is never seen, and more often than not, the only times that they are viewed in action, are the few hours each week where fans see them on the sidelines calling plays and leading teams in games.

Now I totally understand that the ultimate goal of a football team is to win, and to a large degree, a coach should be held to a standards of wins and losses, but it’s very important to some fans, and administrators out there to understand that not all coaches values are just quantified on the scoreboard.

It’s been my experience that a head football coach is often the second most influential person on a school campus, second to the school principal, and it’s often the case that no person on a campus, or even in a community can dictate a school’s direction like the head coach can, so as this off-season progresses, and we begin to see schools turn to new leaders, it’s important for us to understand the significance of that change of command, and the new direction that a school is headed in.

That brings me to the real point of this story, and an important factor to consider.  Just why does a coach (or school) decide to move on?

With some open jobs, the answer is an obvious and easy one.  Money.  Some school systems pay more for teachers and coaches, either based on their local supplements for teaching, or the stipends they pay a coach.

In a profession that is largely considered to be underpaid, a few thousand dollars here or there could go a long way for a family.  But outside of the financial considerations, why are some reasons that coaches decide to move on?

It’s often been said that an exceptional school principal can make a good coaching job great, or on the flip-side, could also make a good job bad, depending on their philosophies, and feelings towards athletics.

Many coaches leave schools because of the reputation of the principal, and the value that the administrator has put on the football coaching job, whether that is with the promise to upgrade facilities, or most important of all, allow the coach to hire a staff of quality assistant coaches, and use open teaching positions to employee those coaches.

Another reason a coach may leave is to climb the ladder to a higher profile, or high prestige school.  While all schools are important, and nobody wants to diminish the significance of any football program, the simple fact of the matter is that some jobs are just better than others, and some jobs are at schools with a tradition of prolonged success and excellence.  What coach wouldn’t aspire to lead an established program, and leave his mark on a community that already embraces the school and program?

And a final factor to note in why a coach would want to pick up his family and move on could be location.  Either an attempt to move his family to a more desirable city or county, or in a lot of instances, a chance to return home and coach the school that they grew up in.  It’s a huge deal for a coach to have the opportunity to return home and lead the team that helped mold him into the coach he is.

The final point I’ll make in this long-winded piece is about schools who decide to make a change with their current head coach.

It’s never easy for a school to pull the trigger and dismiss a coach.  I’ve been in this business long enough now to see the dark side of coaching hires, and it’s never a good situation when a coach is shown the door.

The only way for a departing coach, or family to make it through these tough situations is to search for the positives in the change, and look for the silver lining in the situation, whether that’s a new opportunity elsewhere, or a chance to take a step back, and strengthen your professional resume by working as an assistant at a stronger program, or by finding a different school to lead.

No matter how you spin it or look at it, you have to respect, and admire the men who have devoted their professional lives to teaching others, and who given their time to make a school better.

It goes back to what Dr. Billy Graham said, “A coach will influence more people in a year than most people will in a lifetime.”  Because of that, we have to give these men every resource we can to help them succeed, because our children and future generations depend on it.