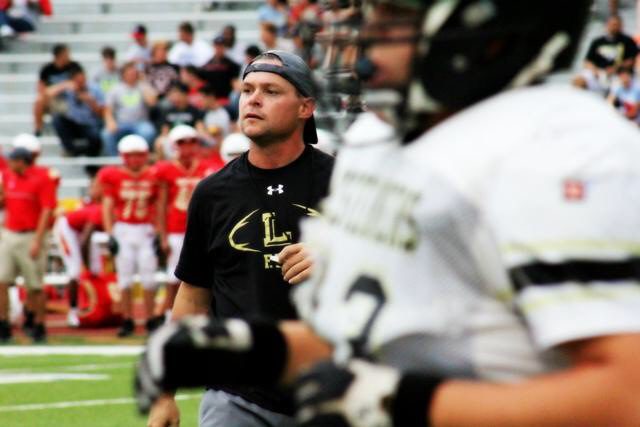 Finally. Kickoff is three days away.

We dusted off from our scrimmage on Friday with Shallowater and opened practice on Monday by getting ready for the Mustangs from Sweetwater.

Sweetwater had a deep playoff run last year and they are poised for another one this year. They return a lot. We need to have a solid week of practice. We cannot afford to come out flat, inconsistent etc. we need to have it cranked up.

Monday was a good way to start the week. We practiced well. We focused on our staples. We had a bunch of reps. Not just reps to reps. They were quality reps. I was pleased with the effort. Monday’s are a tough day for us. We do a ton of conditioning through our reps. Full speed. One after another. It is organized chaos. I was really impressed with the effort and business-like mentality yesterday.

We need to have another good day today. It’s cliche to say that, but it’s the truth. We cannot afford a poor practice this week.

Week one is here and it’s time to get jacked!

FIRST TIME PLAY CALLER
Neal Tull made his debut for us as a first time play caller in the Shallowater scrimmage. How did he do? It’s hard to say.

He drank two bottles of Pepto; he locked himself in the bathroom at Chapman before we left. Then, when we arrived at Shallowater, he refused to get off the bus. I had to drag him off the bus…. Alright. So all of that is a fabrication.

My man Tull held is own. He was nervous but he did a good job. The offense is in good hands with him. He has a great supporting cast, too. Derek Mauldin has really emerged as solid coach on our offensive staff. He is reliable, smart and always willing to learn more. The WR’s are in good hands with coach Mauldin.

Colin White, Adam Rosales and Tyler Lloyd round out the offensive staff. Together, Tull has a great support system and trustworthy coaches.

The offense is in solid hands with coach Tull. I’m excited to watch him work!

TYLER TROUT
This guy — he is one of a kind.

Coach Trout is our staff funny man. Always joking. Always laughing. He always lightens the mood. Everyone needs a staff guy like this working for them. He keeps things loose.

But you know, there is more to this guy than that. He goes the extra mile for kids, constantly. He is a kid first coach, and that is the best kind of coach. Trout also picks me up when I need it. Believe it or not, head coaches need to be lifted up too, sometimes. Coach Trout is always there to offer up some support for me. It is great.

I just want to point this out in this blog. Appreciate guys like Tyler Trout. You need guys like him on your staff!

RANDOMNESS
-It’s hot in Texas.
-Thursday’s game is a 7:05pm kickoff. We are on TV.
-The people who know your team the best are the coaches. They are the experts.
Nobody else is. That is a good thing.
-The Yankees are tied for first. They blew a six game lead. Good job!
-Pat Venditte throws righty and lefty in Major League Baseball. Go try to do that if you are bored.
-Our QB, Dae Dae Morgan, throws right. But he is a left footed kicker. Say what?
-Neal Tull ran the score up on me in a charity football game. Brilliant.
-I cut my finger off in a bike chain in 7th grade. Yes, yes I did.
-Working out keeps you healthy. Try it sometime.
-DC Nate Jephcott is selling his Furby collection.
-Don’t waste money on things you don’t need.

Editor’s note: Sweetwater is coming-off a 13-1 season in 2014.  The Mustangs lost 41-34 to Celina in the Class 4A Division II quarterfinals.  Sweetwater is also the alma mater of Pro Football Hall of Famer Slingin’ Sammy Baugh, who was inducted into Canton in 1963 as part of the HOF’s charter class.

#35 Trinity (KY) comes from behind for win in Tennessee