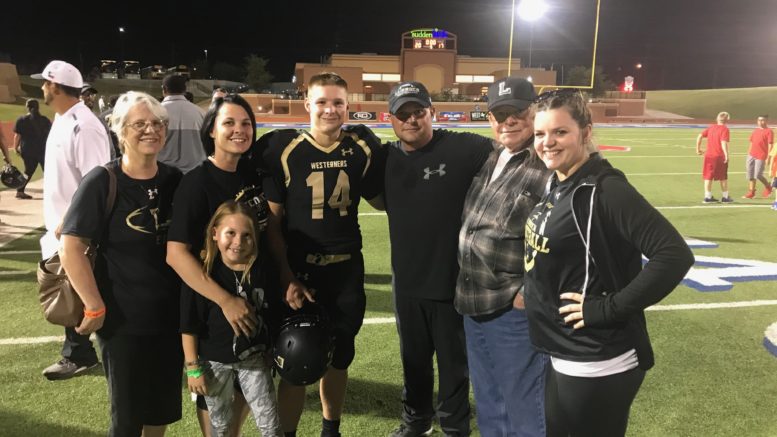 On Tuesday, Jason Strunk, who has been writing The Turnaround for High School Football America since 2012, was hired as the new head football coach at Port Isabel High School in Port Isabel, Texas. Coach Strunk, who resigned from his position as head coach at Lubbock High School in Lubbock, Texas after the 2017 season, was the first coach in over three decades to take the Westerners to the playoffs in 2012. His blog took our readers deep inside his staff’s drive to turnaround a football program that was forced to battle more than just X’s and O’s and opponents on the field.

Today, Strunky penned his final The Turnaround. While this will not be his final blog, it will be his final posting as the head coach of the Lubbock Westerners.

The FINAL The Turnaround
by Jason Strunk
Follow @WestTXCoach

Well, as the saying goes, all good things must come to an end. This blog marks the final chapter in my time in Lubbock (Texas) and at Lubbock High.

Seven years ago seems like yesterday. I can still remember my first day here (Lubbock) after the twenty-hour drive from Purdue University. It was exciting and I can remember thinking, I finally made it to Texas!

We had a large project on our hands here and I hired the best possible people I could. Neal Tull was the first guy and the best man I could possibly ever get for an undertaking this size. He was at my side for six of the seven years here. We tackled a lot together, including establishing our nutrition program. He was the driving force behind it all. Without him for six years, I may have only lasted two years. He is a great friend and a great man, with a great family, including his wife, Alicia.

We took over a job where the negativity was immense. I was told countless times not to use the word “playoffs” because we are setting the kids up for failure. So, as usual, I did the opposite and made the playoffs the expectation. We accomplished that in just our second year.  We broke a thirty-six year drought. We never made it back but we came painfully close a few more times, losing three times in our final game where a win would have gotten us in. The point? LHS football was playing meaningful football into November. That says it all about the job we did.

I coached a lot of great kids who I will have a life long relationship with. Guys like Kwami, Coleman, True, Bayouth, Colley, Pooh Bear, the Schovanec’s, Bam, Longoria, Gonzo, #27, Smiley, Happy and hundreds more. Some of these names may be in the nickname Hall of Fame when it is all said and done. But, one thing is for certain: they will always be on my heart.

In the end there are zero regrets. None whatsoever. We did all we could, including eating burritos on my office floor while watching film from 2:30 am until 7 am. The good ole days!

This chapter closes. Another one just opened up. It’s excitement all over again. Our family is excited and we are ready to emulate the success we had in Plant City, Florida, Muhlenberg College and Northampton and Nazareth High Schools. I have been a part of great success stories and that trend will continue in this next chapter.

LHS was a success in many ways. Each success story is gauged in different ways. Wins and losses, getting the most out of kids, etc. I know this, when we took the field at LHS we played to the final whistle. We played hard and we didn’t back down. That was success right there. We also did do the unthinkable: get LHS to the playoffs. Mission accomplished. The success story here is much different than the other places I mentioned, and that is perfectly fine by me.

Thank you to all the coaches who worked with me here. Ro, Trout, Lloyd, Nickerson, Toliver, the White’s, Gensler, Morales, Hogle, Willingham and all the others who worked with me. They did it all for the kids and never backed down from the challenge.

I enjoyed my time in Lubbock. It was fun. Lots of great people here like Kelly Robinson, David Thetford, Wayne Hutchinson, Seth Parr, Max Kattwinkel, Radar, Pep, Aaron Frick and so many others.

Special thanks for Mark Ball and Jennifer Roland! Two outstanding human beings who kept me sane, while mentoring me and taking me under their wing. I will be forever grateful!

That’s about it. Time to move on get it going elsewhere. I’m excited about the future, while never forgetting the past.

The Turnaround – Do or Die