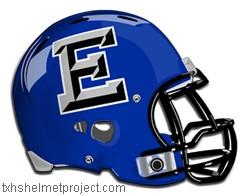 Another week and we face another Lubbock Independent School District foe.  The Westerners will take on the Estacado Matadors on Friday night. Kick off is at 8:00 p.m. The 8:00 p.m. start is a bit unusual, but it’s because we are the second game of a doubleheader.

I’m looking forward to Friday night.  It’s always fun to line up across the sidelines from a friend of yours.  Danny Servance, the HC at Estacado, has been a friend of mine for five years.  He does a great job over here.  He has helped me a bunch since I arrived to Lubbock.  I’m very thankful for his friendship!

Come on out to PlainsCapital Park on Friday night. It should be a good one!

WHAT IS GOING ON?
There have been lots of ugly stories in the news lately about events dealing with high school football games. It just leaves me shaking my head. Refs being targeted; icy hot being rubbed in the eyes of a player in California. What is going on?

I will say this. If you have a brilliant idea like those mentioned above, do us all a favor and turn your gear in.  There is no place for you in our sport. Actions like that make us all look bad. It’s ridiculous. It’s cheap. It’s cowardly behavior.

In an era where more and more parents are keeping their kids away from football for fear of head injuries, we do not need any garbage like this.  There are so many positive things that happen on a football field every day that get drown out by the national media because of a couple of knuckleheads.  There are too many good people in our sport for this negative kind of attention to bring us all down.

Quit the game before you bring down good people.  It’s disgusting behavior.  Have a little more self-respect.  For crying out loud represent your school and community the way they should be represented.

This stuff makes me want to vomit.

FOCUS ON THE SEASON
There are a lot of distractions you deal with as a head coach.  Some of them you just cannot help.  It comes with the gig. But, I have a new approach this season: don’t bother me unless it is football related and it pertains to wins and losses.  All other off the field issues can wait.

It’s my time of year.  Ten weeks a year that we work year round for.  Nothing is going to get in my way.  This is what we work for.  It drives me nuts when people inundate you with nonsense issues that have nothing to do with your performance on the field.

Do not bother football coaches with silly issues.  For Pete’s sake, help a coach out and function on your own.

I have a goal and I am going to get it.  Nobody will keep me from it.

RANDOMNESS
-Bothering me is a pet peeve.  Especially if it isn’t important or critical to our performance.
-Neal Tull plays the gong in a rock band.
-The Yankees. Geez. They need pitching.
-Yesterday I met a guy who knows me — but I didn’t know him. It was odd.
-You never know what we will line-up in and run.  It makes football fun.
-Texas Tech smashed Arkansas on Saturday.  TTU won the post game press conference too. Great stuff!
-My niece Danielle moved here. She is now a Texan. She is also a fellow Yankee nitwit.

That’s it. Keep the game respectful. Keep the focus on football.

Editor’s Note: Mark Ball, athletic director for the Lubbock Independent School District will be on Thursday’s night’s High School Football America Radio Show to discuss what can be done about the rash of headline-grabbing on-field incidents around the nation.