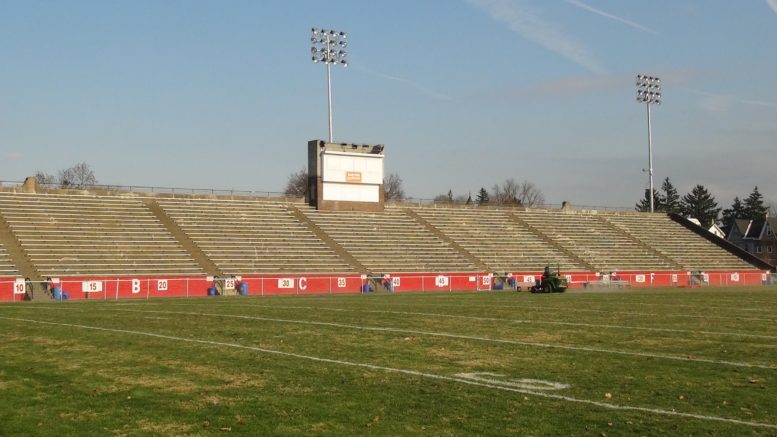 Below is a story written on High School Football America’s blog on November 8, 2006.

When Easton plays Wyoming Valley West Friday night in the opening round of Pennsylvania’s Class AAAA Sub-regional for Districts 2-4-11 there will be a lot of wins on the field.

Curry’s record in 40-years on the sidelines, which includes 35 at national powerhouse Berwick, is 396-84-5 with six state titles.

Easton won the game 28-0 before 6,000 fans. The Red Rovers notched their eighth shutout of the season against the Spartans, who entered the game averaging over 36 points a game.