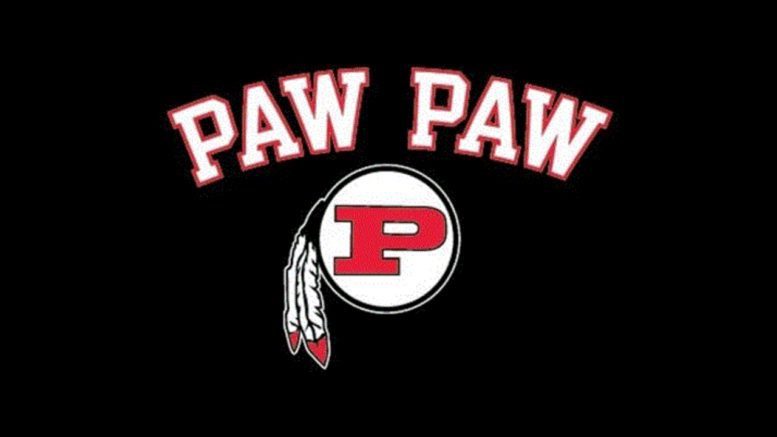 To celebrate High School Football America’s 15th anniversary we’re starting a Throwback Thursday feature. Every Thursday throughout the 2019 high school football season, we’ll be re-living stories from the past.

Today, we turn-back-the-clock to September 4, 2009 when Trish Hoffman and I travelled to Paw Paw, Michigan in search pawpaw trees and its fruit. Pawpaw trees are the largest edible fruit trees native to North America.

Trish and I took a relaxing drive 129 miles east of Chicago yesterday to enjoy high school football in the village of Paw Paw, Michigan.

Paw Paw is a village of 3,300 people at the confluence of the east and south branches of the Paw Paw River and is named after the pawpaw trees that once grew along the river. Pawpaw trees are pretty elusive to find these days, but Trish and I did.

Actually there’s a pawpaw song that Village Manager Larry Nielsen (video above) shared with Trish in front of a pawpaw tree that was planted recently along side the Paw Paw Post Office.

As far as the game, Paw Paw lost to Gull Lake 40-20, but we got to check-out Paw Paw junior quarterback Andrew Buskirk, who looks like he’s going to be a good one. Below are two highlights from the 6-1, 170-pounder…one a touchdown toss to Raleigh Rushing and the other a nice option run.

Tonight, Trish and I are traveling to Woodstock, Illinois…home of cartoonist Chester Gould of Dick Tracy fame and the town where Bill Murray’s Groundhog Day was filmed.

See you later tonight with scores from around the country!!