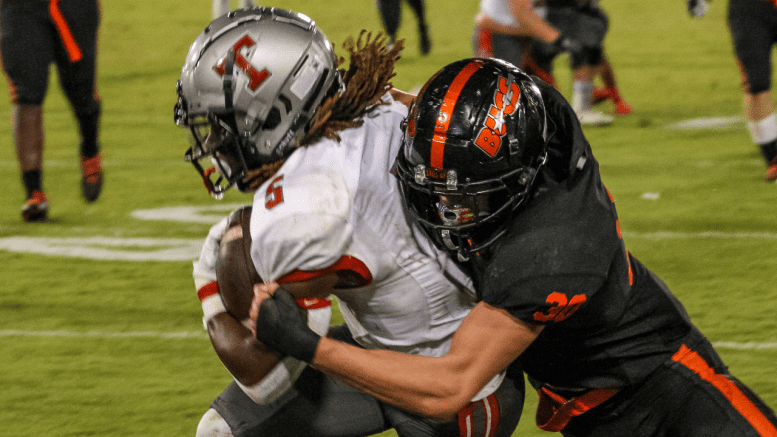 All eyes where on Hoover Friday night for the biggest game of the year with two-time defending state champ Thompson squaring-off with 13-time state champ Hoover in a battle of unbeatens. In addition to being ranked No. 1 and No. 2 in the state, Thompson entered the game ranked No. 3 in the High School Football America 100 national rankings, powered by NFL Play Football. Hoover came into the game ranked No. 11 in the nation.

At the half, it looked like Thompson’s 27-game win streak was going to be extended to 28. The Warriors had a 21-0 lead at the break.

Late in the game and trailing 21-17, Bennett Meredith led the Bucs on a game-winning 82 yard drive. It ended with Meredith’s 8-yard touchdown pass to Jabari Gaines with :14 seconds to play in the game.

Meredith completed 22-of-37 passes for 279 yards with three touchdowns.

The win gives the Bucs the their first regional title since 2018.

Just a step on the way to the mission. Region champs! #hooverstruck #fam1ly #ATM pic.twitter.com/TVAjJArWD1

For the second week in a row, seven new teams enter the High School Football America 100