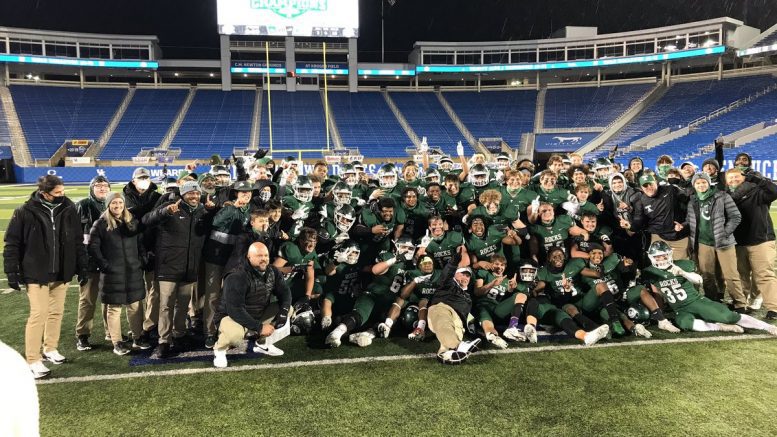 For the 27th time, Trinity is a Kentucky high school football state champ. Saturday, the Shamrocks, ranked No. 17 in the latest High School Football America 100 national rankings powered by BlackMP Living Water, blanked Male 28-0 to capture the Class 6A title at Kroger Field at the University of Kentucky.

Brad West ran for three touchdowns and 103 yards in the win, which was the second this year by the Rocks over the Bulldogs. Trinity won the regular season matchup in mid-September 43-14. It was also the second year in a row that the Rocks beat Male for the title.