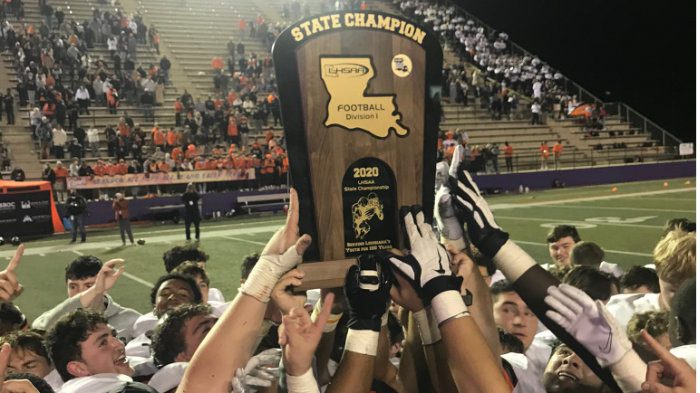 On Sunday, the Catholic Bears showed it’s not how you start the season, but how you end it. After a 1-2 start to the 2020 season, the Bears, ranked No. 39 in the High School Football America 100 national rankings powered by BlackMP Living Water, beat No. 92 C.E. Bears 35-12 to capture the Division I state championship. It’s the Bears’ third state championship in the last six years.

Congratulations to Division I Most Outstanding Player, Tre Benson pic.twitter.com/L7DUgcjtpX

Catholic finishes 9-2, while Byrd loses its first game to finish 10-1.

University Lab (Baton Rouge) remains No. 1 in our Louisiana Top 10