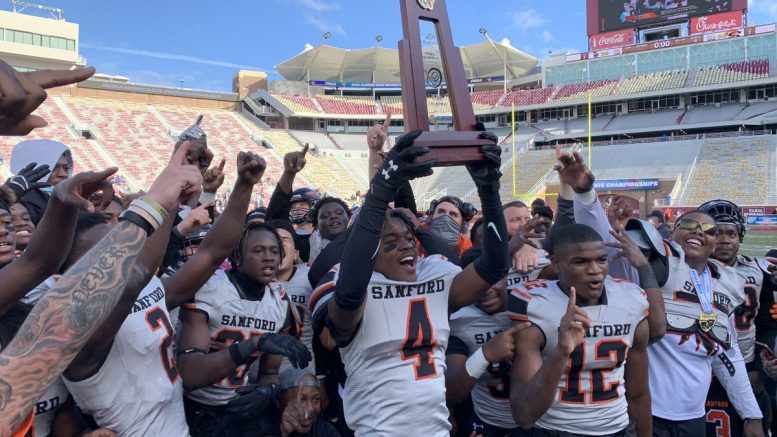 Seminole, ranked No. 67 in the High School Football America 100 national rankings powered by BlackMP Living Water, was led by quarterback South Florida-recruit Timmy McClain who completed 9-of-15 passes for 169 yards and a touchdown. He also picked-up a rushing touchdown.

#USF signee Timmy McClain on the keeper for the Seminole score! pic.twitter.com/tDi2ttXH8b

McClain to Horn for Seminole! USF Bull to USF Bull

Score right in your face! pic.twitter.com/LovSLmZjb5

Defensively, the ‘Noles forced five turnovers and racked up four sacks to knock-off the Kowboys, who entered the game ranked No. 103 in America.