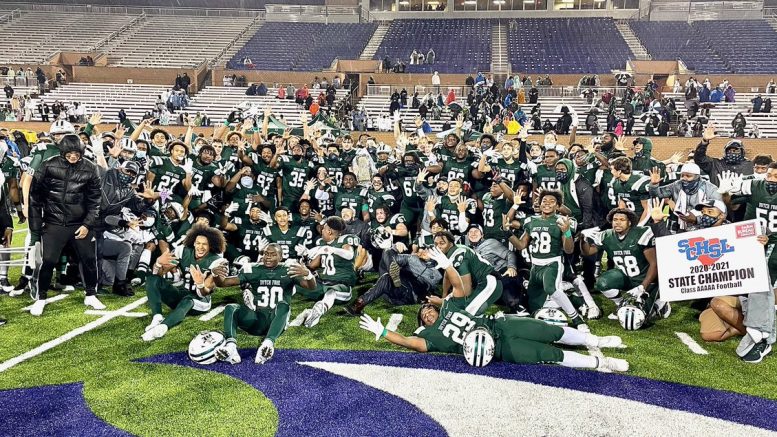 This game was never in doubt with Dutch Fork scoring on its first four possessions. Clemson commit Will Taylor threw for 147 yards and ran for 82 more in the victory. T.L. Hanna entered the game ranked No. 108 in our national high school football rankings that are powered by BlackMP Living Water.

Reaction from Dutch Fork head football coach Tom Knotts and his players after their win over T.L. Hanna in the 5A state championship.
The 5A classification has only had one team to claim its state championship trophies.@dfhsfootball pic.twitter.com/Htg9VMip1z