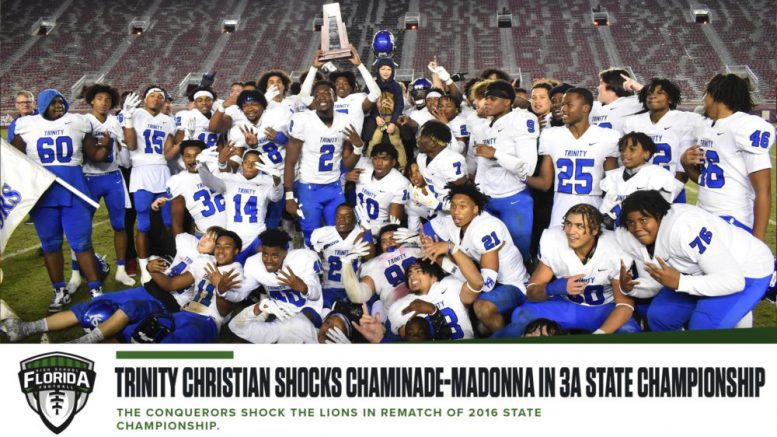 Trinity Christian Academy (Jacksonville, Florida), ranked No. 20 in the latest High School Football America 100 national rankings powered by BlackMP Living Water, ended No. 32 Chaminade-Madonna’s run of three straight Florida high school football championships with a 25-22 win in the 3A title game. The Conquerors actually trailed 16-0 at the half.

Below is the first touchdown of the game, scored by Miami (Florida)-recruit Taddius Franklin, who gave C-M a 9-0 lead.

TCA scored 18 points in the fourth quarter to win the school’s eighth overall state championship and first since 2016. Below is the game-winning TD catch by Florida-recruit Marcus Burke, who caught two scores in the fourth.

No chomp here, but @CERTIFIED_MB4 with the 26-yd go-ahead TD haul with under a minute left to play. #Gators signee with the clutch gene pic.twitter.com/7qRgd16u81