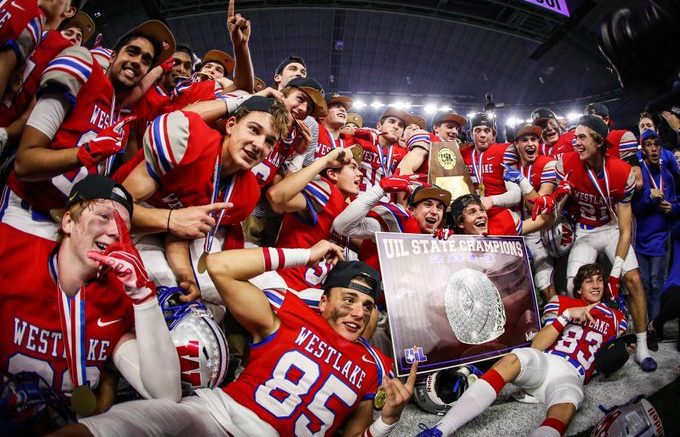 For the first time since 1996 when Drew Brees was the school’s quarterback, Westlake is a Texas high school football state champ. Saturday night, the Chaps beat Denton Guyer 24-0 for the state’s 6A Division II title.

Westlake quarterback Kirkland Michaux threw for 285 yards with three touchdowns in the victory to capture the game’s Offensive MVP Award.

Guyer’s offense was hurt when junior quarterback Eli Stowers went down with a knee injury early in the game. Stowers, who entered the game with over 4,000 yards in total offense, has given his verbal to Texas A&M.

The state championship is the fifth overall for Westlake head coach Todd Dodge, who won four with Southlake Carroll.