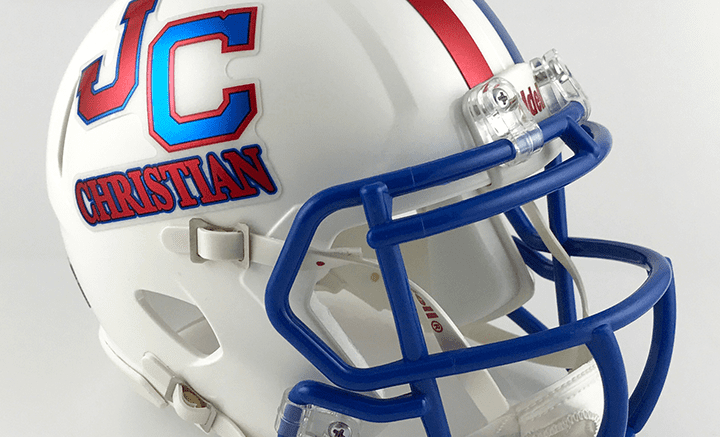 In a battle of defending state champs John Curtis edged Edna Karr 42-39 on Thursday night. JC entered the game ranked No. 22 in the High School Football America 100, while the Cougars were No. 59 with a 27-game win streak.

Both team’s stars played well. Karr senior QB Leonard Kelly had the best numbers with 475 yards in total offense with a hand in all six touchdowns, including four rushing scores. Destyn Pazon caught three of Kelly’s passes for 151 yards with two touchdowns.

Senior quarterback Collin Guggenheim, an Army-recruit, ran for 99 yards on 16 carries with three touchdowns and Georgia-recruit running back Corey Wren racked-up 184 yards with touchdown runs of 33 and 42 yards.

Karr, winner of the state’s last three Class 4A state titles, was hurt by a miss extra-point and a missed two-point conversion in the three-point loss.

Related: J.T. Curtis closes in on No. 1 on all-time coaching wins list.