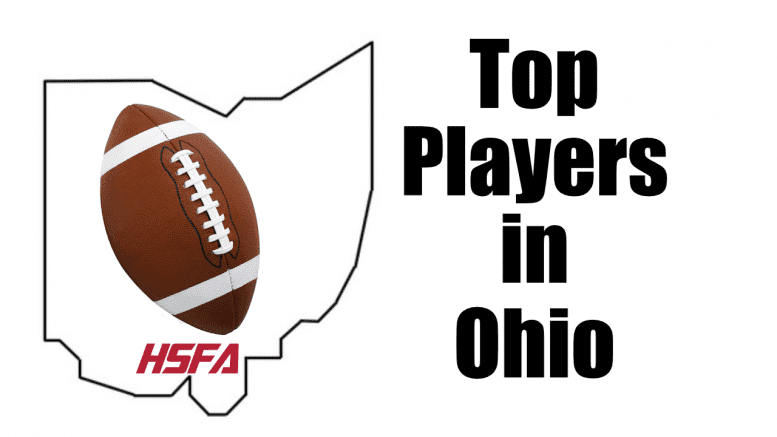 The top two players, No. 1 C.J. Hicks (Archbishop Alter) and No. 2 Gabe Powers (Marysville), have said they’re going to stay in-state. Both players are superb linebackers.

Hicks is a 5-star college football prospect. Hicks, an outside linebacker, is considered the No. 18 overall prospect in America.

Powers was the All-Ohio Division I Defensive Player of the Year in 2020. He recorded 61 solo tackles, four sacks, four forced fumbles, two fumble recoveries and an interception in eight games last year.

The Buckeyes have also picked-up verbals from Lakota West seniors-to-be, cornerback Jyaire Brown (No. 5) and offensive tackle Tegra Tshabola (No. 7). Last year, Lakota West finished No. 85 in the High School Football America 100 national rankings powered by NFL Play Football, the NFL’s initiative to provide fun and engaging experience for players of all ages and skill levels.

Lakota West cornerback Alex Afari is ranked as the No. 14 prospect in the state. Afari has given his verbal commitment to Kentucky.

Allar led Medina to an incredible run through the Division I playoffs last year. The Battling Bees advanced to the regional finals after a huge upset win over top-seed St. Edward in the opening round of the playoffs.

Allar finished his junior season with 2,963 yards passing with 26 touchdowns. He to earn second-team All-Ohio honors.

Allar will compete at the Elite 11 quarterback competition later this month in Los Angeles.

No. 11 Mentor nips No. 16 St. Edward in OT by going for 2-point conversion on last play of the game in instant classic in Ohio