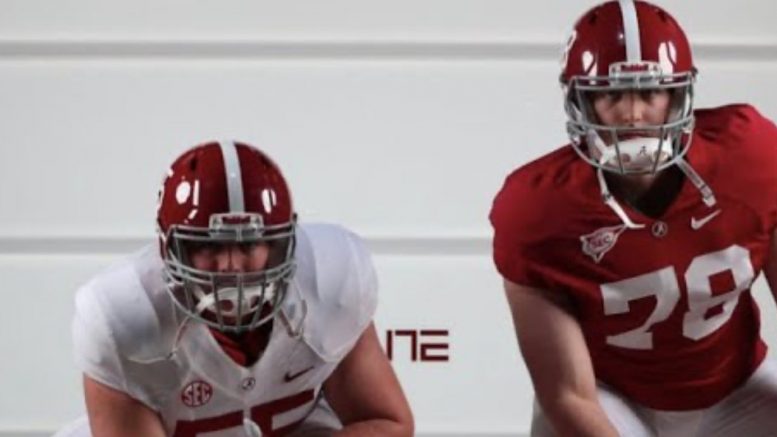 Living in Atlanta the last two years, I’ve seen a lot of talent on both sides of the ball, especially up-front. So, it comes as no surprise to see four Georgia offensive linemen in the Top 25, according to the 247Sports.com composite rankings.

And, if you’re a Georgia Bulldogs fan, you’ll be happy to know that that talent will be staying in-state. One of the four homegrown talents has already given his verbal commitment to Dawgs’ head coach Kirby Smart, while 24/7 projects that the other three will definitely head to Athens.

Tackle Amarius Mims is the No. 2 overall college offensive line prospect. The Bleckley County star is 6-7, 315-pounds and is considered a 5-star prospect. 247/7’s Crystal Ball lists him as 100% heading to Georgia.

24/7 also predicts that Peach County’s offensive guard Terrence Ferguson, the No. 9 prospect, will end-up a Bulldog. He’s considered a 4-star prospect at 6-4, 300-pounds.

Coach Smart is also waiting for No. 12 Micah Morris of Camden County to say “yes,” while No. 24 Dylan Fairchild, a 4-star guard from West Forsyth has already given his verbal commitment.

College football coaches around the nation are waiting for top-ranked Tommy Brockermeyer of All Saints’ Episcopal (Fort Worth, Texas) to make his verbal commitment. According to 24/7, the 6-6, 283-pounder, who is a 5-star recruit, has 25 offers from Alabama and Clemson on down.

Brockermeyer has a twin brother James, who is also highly-ranked. Their grandfather played at the University of Texas in the late 50’s.

At No. 3 is Tristan Leigh, a tackle from Robinson in Fairfax, Virginia. Leigh is a 5-star recruit with 40 offers.

Nolan Rucci, an offensive tackle from Warwick High in Pennsylvania, is another 5-star recruit. Rucci, which is 6-8, 285-pounds, has nearly 30 college offers.