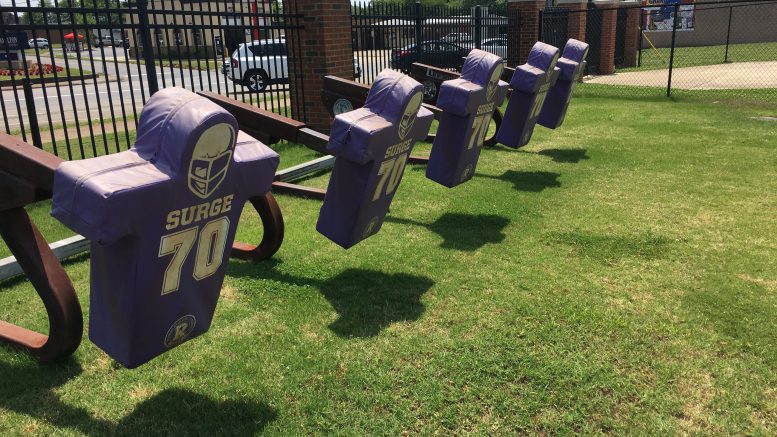 There’s no doubt that a lot is expected from the Mater Dei offense in 2017 with 10 of 11 offensive starters back from last year’s 13-1 squad that finished No. 14 in the High School Football America National Top 50.

There’s a lot of focus on junior quarterback J.T. Daniels and senior receiver Amon-ra St. Brown, but anyone who knows Mater Dei head coach Bruce Rollinson knows that he likes to talk about the guys up-front.  This year’s offensive line brings talent and experience that will have Mater Dei in-the-mix for a high national ranking when High School Football America releases its 2017 Preseason Top 100 on July 17.

Leading the way for Mater Dei is 4-star offensive tackle Tommy Brown, who has over 17 college scholarship offers, including one from Alabama, his father’s alma mater.

I’m excited to announce that I just got off the phone with my Father’s alma mater and received an offer from the University of Alabama! #RTR pic.twitter.com/HKfezU3he6

Brown is the No. 2 offensive lineman in the Class of 2018 in Southern California (CIF Southern and LA City Sections), according to 247Sports’ composite rankings. Brown is ranked as the No. 13 offensive tackle college prospect in the nation.

Brown, who is 6-7,  318 pounds, is one of four Mater Dei offensive linemen listed in the top 150 college prospects in California in the Class of 2018, according to 247Sports.

Guard Chris Murray, who is 6-3, 300 pounds, is the No. 4 prospect in the area and No. 55 overall in California.  Murray has offers from Arizona, California, Colorado, Illinois, Iowa State, Louisville, Mississippi State, TCU, Texas Tech, UCLA, Utah, Vanderbilt, Washington and Washington State.

Murray’s fellow guard Mason Kolinchak is ranked as the No. 12 offensive lineman in our area, while center Kekaniokoa Gonzalez is ranked No. 17.  Both are considered 3-star college prospects.

The area’s top offensive lineman is USC-recruit Justin Dedich of Chaparral.  Dedich is considered the nation’s No. 1 center.

Dedich, who is 6-2, 290 pounds and will play in the U.S. Army All-American Game, made his USC announcement on Twitter.

The time has come… #Fighton ✌ pic.twitter.com/gkfODH08Ys

Dedich’s teammate Steven Jones, who is 6-5, 340, should give Chaparral plenty of up-front firepower. Jones is a 4-star recruit, who has offers from Boise State, California, Colorado, Iowa State, Louisville, Oregon, San Diego State,  TCU, UCLA, UNLV, Utah, Washington and Washington State.  Jones is the No. 3 offensive lineman in our local area.

Joining Dedich as a USC verbal commit is Harvard-Westlake offensive tackle Liam Douglass, who is considered a 3-star prospect.  At 6-5, 263 pounds, Douglass is considered the 55th best offensive lineman in California.

The fifth best offensive lineman, according to 247Sports composite ranking, is Corona Centennial center Solo Vaipulu.  At No. 6 is Jarrett Patterson of Mission Viejo.