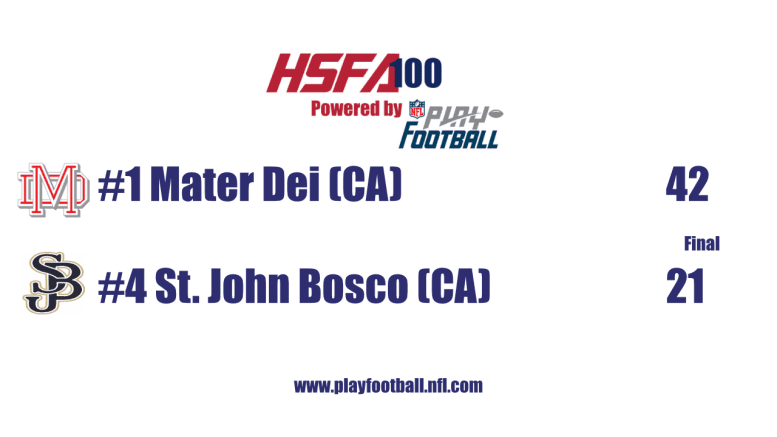 After trading blows in a 21-21 first half, Mater Dei’s defense turned it up in the second half to beat No. 4 St. John Bosco 42-21 in the Trinity League opener for both.

On the offensive side, sophomore Elijah Brown is working hard to get his name into the mix of Mater Dei greats Matt Barkley, Matt Leinart, JT Daniels and Bryce Young. Friday night, Brown tossed five touchdown passes to improve to 9-0 in his young high school career. He completed 13 of 19 passes for 263 yards.

“The difference was is that we just did not execute in the second half,” said St. John Bosco head coach Jason Negro.

Up next for Mater Dei is JSerra. SJB plays Orange Lutheran, which was ranked No. 123 before its loss Thursday night to Servite.