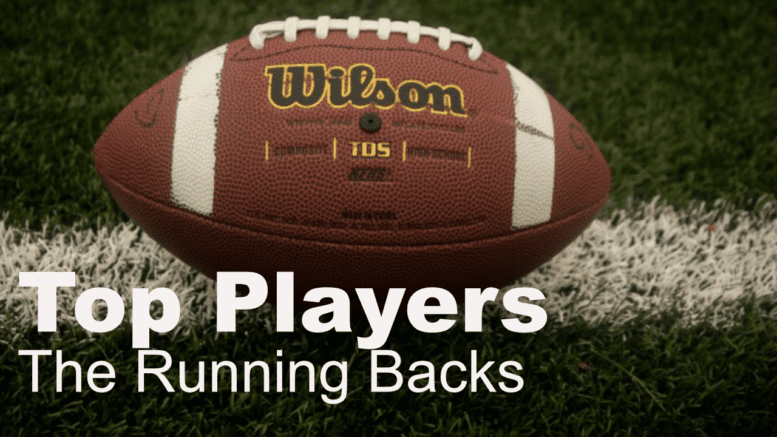 Why will IMG Academy (Florida) be ranked highly next Monday when we release the High School Football America Preseason 100? An offense the includes three of the Top 25 linemen in the country that will be opening holes for two of the top five running backs in the nation.

Trey Sanders is currently ranked as the No. 1 college football running back prospect in 247Sports.com’s composite rankings, followed by Noah Cain at No. 5.

The No. 2 running back is Quavaris Crouch of Harding University High School in North Carolina. Crouch rushed for nearly 3,300 yards last season and 33 touchdowns to lead his school to its first state title since 1950.

The highest ranked verbally committed back is Jackson Prep’s (Mississippi) Jerrion Ealy, who is staying in-state to play at Ole Miss.

Jackson, who is also a very good baseball player who could be drafted in next year’s Major League Baseball Amateur Draft, led Jackson Prep to a record sixth straight Mississippi Association of Independent Schools’ state championship. Last season he ran for over 1,700 yards with 32 touchdowns, plus he caught 25 balls for an average of 23.1 yards per catch with eight touchdowns.

The highest rated All-Purpose Back is Sean Dollars who transferred to defending national champion Mater Dei during the offseason. Dollars, who played at Rancho Cucamonga last year,  has given his verbal to Oregon.

Top Running Back from Class of 2019