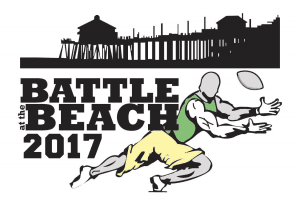 Southern California high school football fans will get a sneak peak at the upcoming season Saturday at Edison High School in Huntington Beach where 20 top teams will square-off in the annual Battle at the Beach 7 on 7 passing tournament.  The field includes three teams that finished in the High School Football America Top 50 last year is loaded with some of the best skilled players in the area and in the nation, including three Elite 11 quarterbacks — Jack Tuttle of Mission Hills, Tanner McKee of Corona Centennial and Re-Al Mitchell of St. John Bosco.

CIF Open Division champ St. John Bosco, which finished No. 2 in the nation in our rankings that our developed with our proprietary algorithm, is in Pool C that includes defending state Division 3-AA champ Paraclete, Hart, Loyola and Serra (Gardena).   Serra finished No. 15 in the 2016 High School Football America Southern California Top 25, while Paraclete was No. 25.

Corona Centennial, which finished No. 10 in the nation last year behind Elite 11 QB McKee, is in Pool B, along with Alemany, Charter Oak, JSerra and Oaks Christian.  JSerra finished No. 21 in our SoCal Top 25, while Oaks Christian was No. 23 in 2016.

Pool D features Mater Dei, which was No. 14 in our national rankings last year.  The Monarchs feature junior quarterback J.T. Daniels, who enters 2017 with 100 TD passes, and wide receiver Amon-Ra Sta. Brown, who is ranked as the No. 18 overall college prospect in the 247Sports composite rankings.

Host Edison, which missed playing for a state championship by one game last year, headlines Pool A.  The Chargers are led by Griffin O’Connor at quarterback, who was the CIF-Southern Section Division 3 Player of the Year.  Also in Group A is Bishop Amat, Roosevelt (Eastvale), Servite and Valencia (Valencia).

The championship game is set for 3 P.M.